In celebration of the forthcoming Big Build Day on August 16th, I’ve brushed off the old Wacom tablet and Photoshop. At the last Big Build Day (which we missed due to being in Scotland), the red version of the Monkey trail was started.  It got me thinking – red monkey. 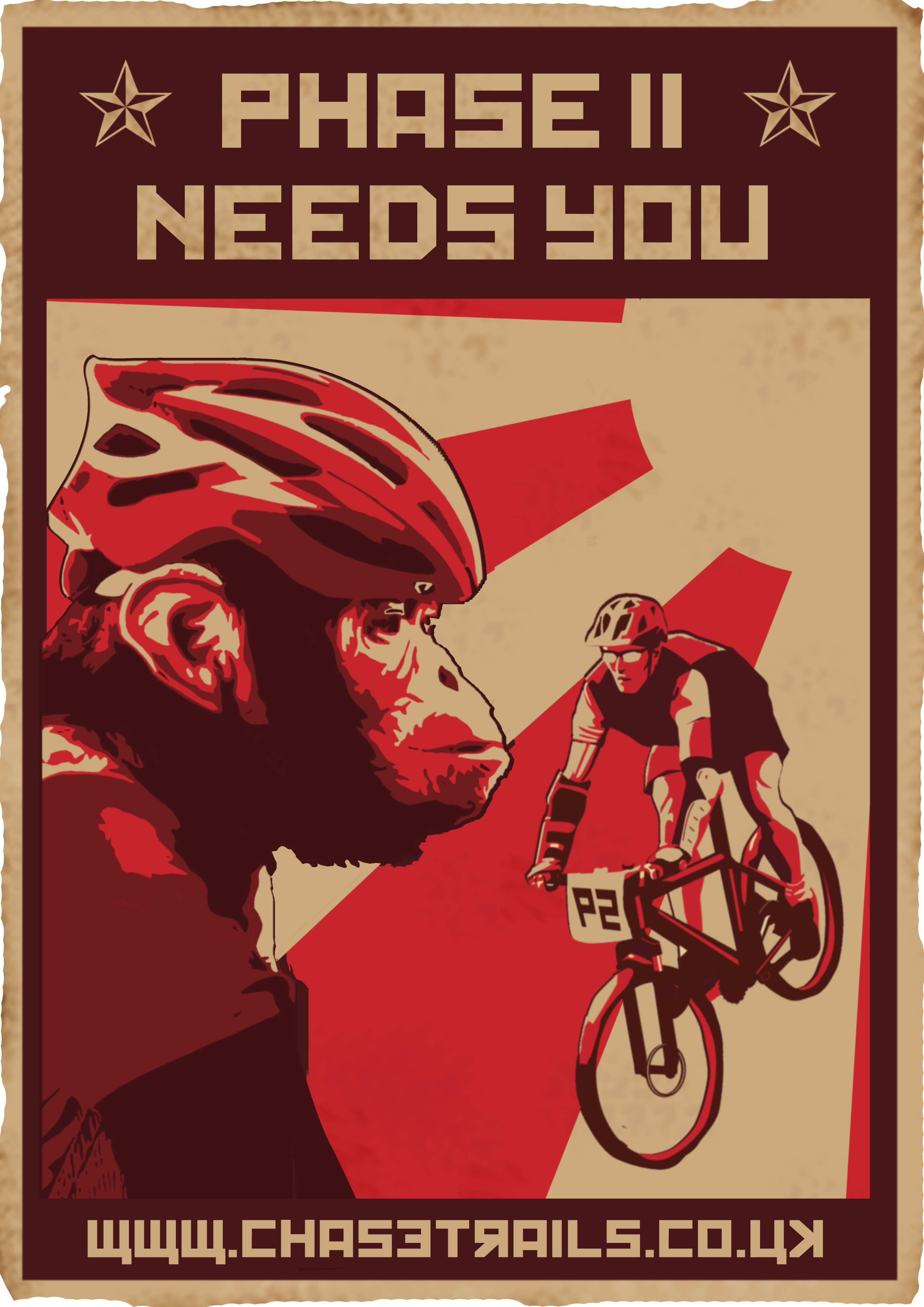 And yes, I’m quite aware that I’ve slapped a cycle helmet on a chimp, and a chimp is an ape, not a monkey.  ARTISTIC LICENCE, COMRADES.   So yeah, Big Build Day, Sunday August 16th.  BBQ, raffle, communist monkeys.

In other news, I’m pondering getting some Maxxis High Rollers for The Professor.  I don’t hate the Captains, but they can be a bit sidewaysy if the weather’s been a bit iffy.

Also pondering getting some shin and knee armour, as I’d like to wear skirts once in a while.  As in I want to get armour stop my shins getting banged up so I can wear skirts without subjecting people to my bruised, scratched and scabby legs, not that I can only wear skirts with armour as some sort of fashion statement…