So, this weekend was the weekend of reckoning.  We picked up a small Meta 5.5.3 from Leisure Lakes in Wolverhampton, and then headed to Cannock Chase.  How would Mr Toast’s favourite full-susser fare against previous competitors?

Initial impressions weren’t great.  My thoughts as I wound down the short version of section 8 was that the steering was nasty.  Mr Toast pointed out that this was probably because of the handlebars, which are exactly the same width as the ones on his XL Meta – and wider than the ones on his Stumpy and Zaskar.

I’m used to my hands being right on the end of the grips, and was doing the same on the Meta.  I made a conscious effort to move my hands in as much as the brake levers and gears would allow, and the bike became a bit more managable.  Running it through sections 9, 10, and 11 definitely had its moments.

Of these moments, my favourite was following Mr Toast.  I don’t think I’ve actually ridden with Mr Toast since Llandegla.  I was following Mr Toast, when he  slowed, stopped, then pulled over.  Given that I’d been having a bit of trouble stopping and starting on the Meta (more of that in a minute), I decided to pass Mr Toast.  The look of surprise on his face was priceless.

Basically, he had slowed and stopped to wait for me.  Last time we went around Follow the Dog together, he would often leave me for dust.  He’d stopped because he thought that I’d be quite a bit behind, and moved to the side when he heard someone behind approaching – not imagining that I’d actually be that close.  He was impressed with my speed, and it was a nice reminder for me how much I’ve improved.

I have to admit, I did do that wooded section a lot faster than usual – on my hardtail, I struggle to keep up momentum on anything other than descents.  A combination of fragile knees and slightly too-small bike means that I really struggle with the attack position, and the terrain saps my speed- but not on a full-susser.  Mwahhahahaha!

Yes, when I got off the saddle, the top tube was trying to firmly embed itself in my nether regions.  Bugger.  Realising that this would be a fairly big problem, we realised the Meta was off the list.  We went back to the café for the obligatory cookie with heavy hearts.  Whilst being hailed on.

But, we still had it for another day, so today we took it out again.  Not really feeling too confident on a bike where stopping and starting was a bit of a saga, I decided to do part of the green – unfortunately, our time was limited as we had to get the bike back to the shop.  Yesterday was heavy rain and hail, but today marked the start of British Summer Time… 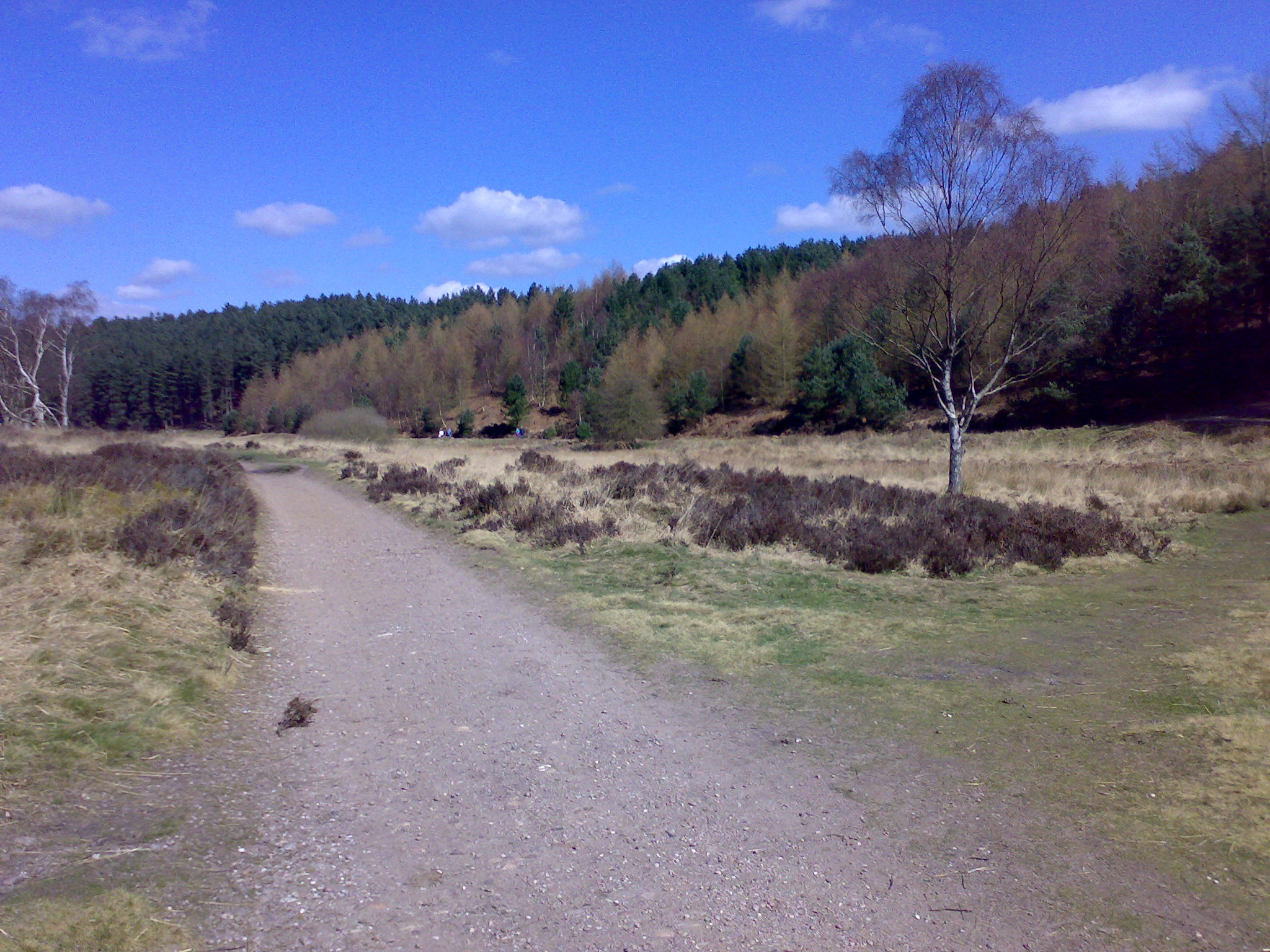 British weather, eh?  Got to love it.

It was a pleasant pootle, and it was nice making friends with the Meta in a controlled environment.  Despite the reviews, I found climbing on the Meta easy – a lot easier than on my hardtail.  I also felt compelled to explore, and to ride through streams – several times.   I also took it down section 13 again for a fond farewell.   Again, it felt really nice, but the complete lack of standover was always there at the back of my mind.

So, the search goes on.  Something that feels like the Meta, and has basically the same geometry as the Meta…but with more standover.  I’m considering maybe a Stumpjumper or and Enduro – I don’t know whether I should go for a lighter option, or for a ridiculous amount of travel that I’ll probably never need, but will fill me with confidence.  I’m also considering trying a couple of Cannondales if I can, and maybe re-testing the Trek, the Orange and the Zesty.  You know, just to be sure…