No Meta to test, sadly – Leisure Lakes managed to get it Saturday afternoon, but that was a bit late for this weekend, especially as the Sunday was out for biking because of Mother’s Day.  However, we’ll definitely be able to test it next weekend.  Woot!

Anyhoo, for this ride, instead of doing FtD, I decided to hit the green loop.  Last time I did the full green route was the end of June, just before the wedding.

I was chuffed with how fast I did the green loop.  Last time I really struggled on the climb – it’s not that steep, but it’s quite long.  In fact…well, I took a lot of breaks.  I was happy at the time, because I didn’t know if I had the stamina to do a 19 mile route.  Yes, yes, I know that’s fairly pathetic, but we all have to start somewhere.

This time, I pretty much flew around.  I was still slow on the uphill climb, but at least I wasn’t having to stop every couple of minutes!  Most of the stops I made were to take photos.  Speaking of which… 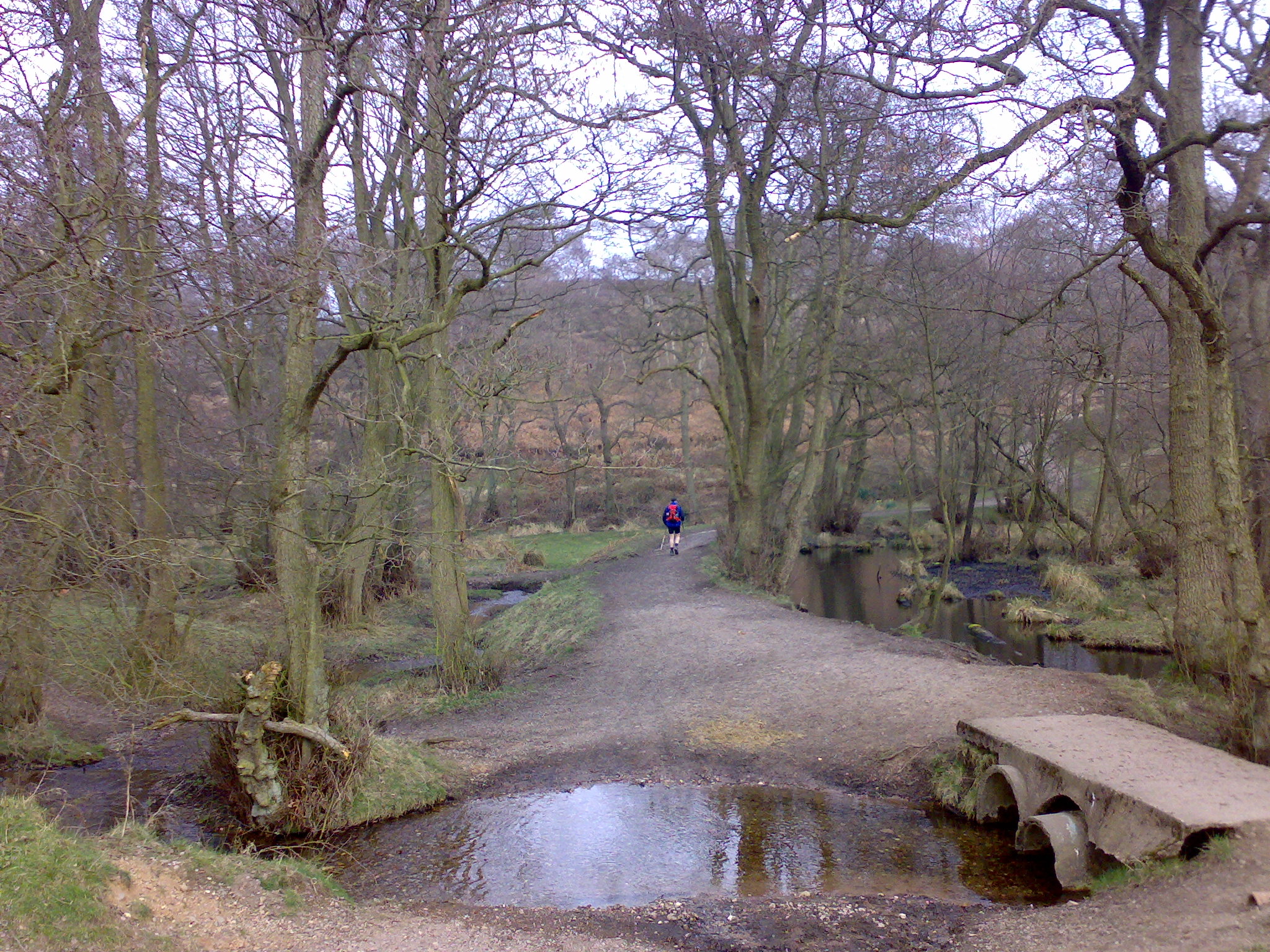 Obviously Follow the Dog isn’t exactly ugly, but it is nice to have a change of scenery.   There’s a lot of intriguing little trails off the track, which I’ll maybe one day explore.  For this ride though, I stuck to the road more travelled, through the packs of orientating kids, families out walking and Power Ramblers.

Unfortunately, my inability to accurately follow a route to completion meant that I took a wrong turn.  I managed to lose sight of the route markers in an area full of caravans – I think it was some sort of gathering of the South Staffordshire Caravan Club, not entirely sure though.  So, I picked a random direction, and sought out…ADVENTURE!

Thankfully, my sense of direction wasn’t as bad as I feared.  I ended up emerging near the end of section 16, where I found a familiar face, fiddling with his upside-down carbon Zaskar.  Yes, I’d managed to bump into Mr Toast.  Huzzah!

He was travelling light, so he was grateful that I had my multi-tool on me – he’s recently fitted a new saddle and seatpost, and the saddle kept tilting.  After a few fruit pastels, we decided to carry on…well, I’d finished the green a lot faster than I’d expected, how could I not throw in a bit of FtD?

So, I threw myself down 13, 14 and 15 before heading back to the cafe for a cookie.  I think on weekends when we do two days in a row that I might spend one day doing Follow the Dog, and the next doing the full green route.

Trail: Most of the green loop – missed out the last section or so due to my risible navigational skills, but made it up by eventually finding my way back!

Highlights: Realising how much I’ve come on since June, even with the operation.  Perhaps the progress is a sign that the operation was a success?  Also, riding with an MP3 player – flying through section 15 with Queen’s Bicycle Race blasting is an awesome experience!

Bad bits: Um…none, really.   Maybe large packs of orienteering children forming a solid block across the path, but hey…it’s nice that they’re getting out and enjoying the countryside.