This month we made our annual pilgrimage to Glede Knowe in Innerleithen to celebrate our fourth wedding anniversary.  This year was a little different, as we were in a different room from usual (which was also lovely and slightly bigger) and had Benny Lava in tow.

What wasn’t different was me displaying my usual knack for dates and awesome organisational skills – we turned up on the Saturday.  We were booked in from the Sunday.  Ooops.  As there were three weddings going on in Innerleithen, everywhere was booked out, and it looked like we were going to end up spending the night in the car.  Fortunately, Bill, the B&B owner, was an absolute hero, and found us some really nice accommodation for the night in neighbouring Stow.

Well, as per the rest of the country, the weather was fairly terrible, especially for the first three days.  The trails in Glentress are built to withstand such nonsense, however, and the blue at least rode perfectly.  I was fairly chuffed – this year my fitness and confidence has improved , even if my knees are not the best.  On my first ride, I went up the initial climb up to the Buzzard’s Nest car park in about 25 minutes without stopping and feeling 100% and ready to continue at the top, whereas in previous years it’s been much more of a struggle.  I think I’ve been up to the top before without stopping, but I think it took it out of me a bit more.

The skills course has had a bit of a revamp, which is nice – it’s lost features over the past few years, but now it has spangly new ones.  I really liked the ones that laid the different options – blue, red and black – side by side. 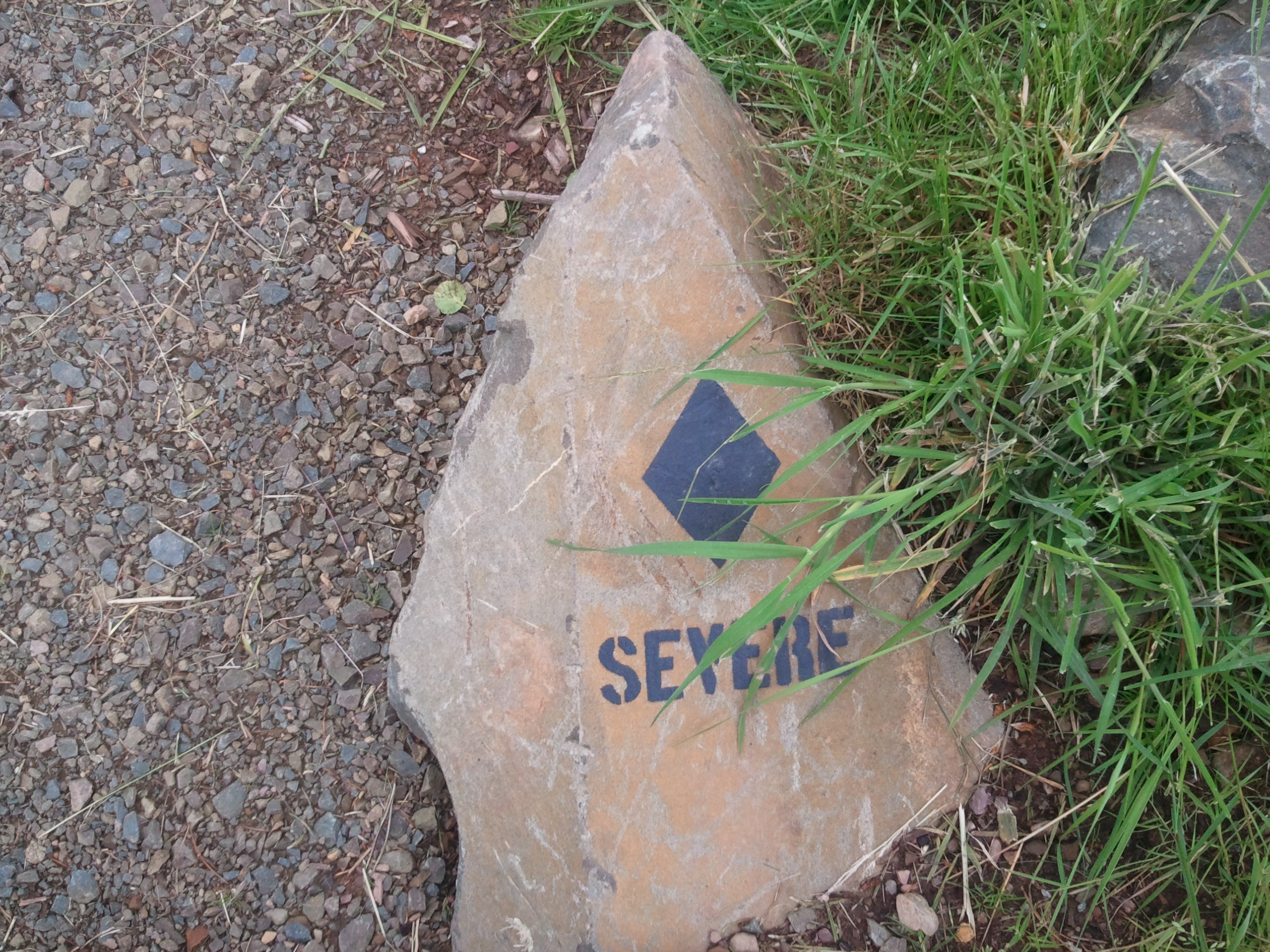 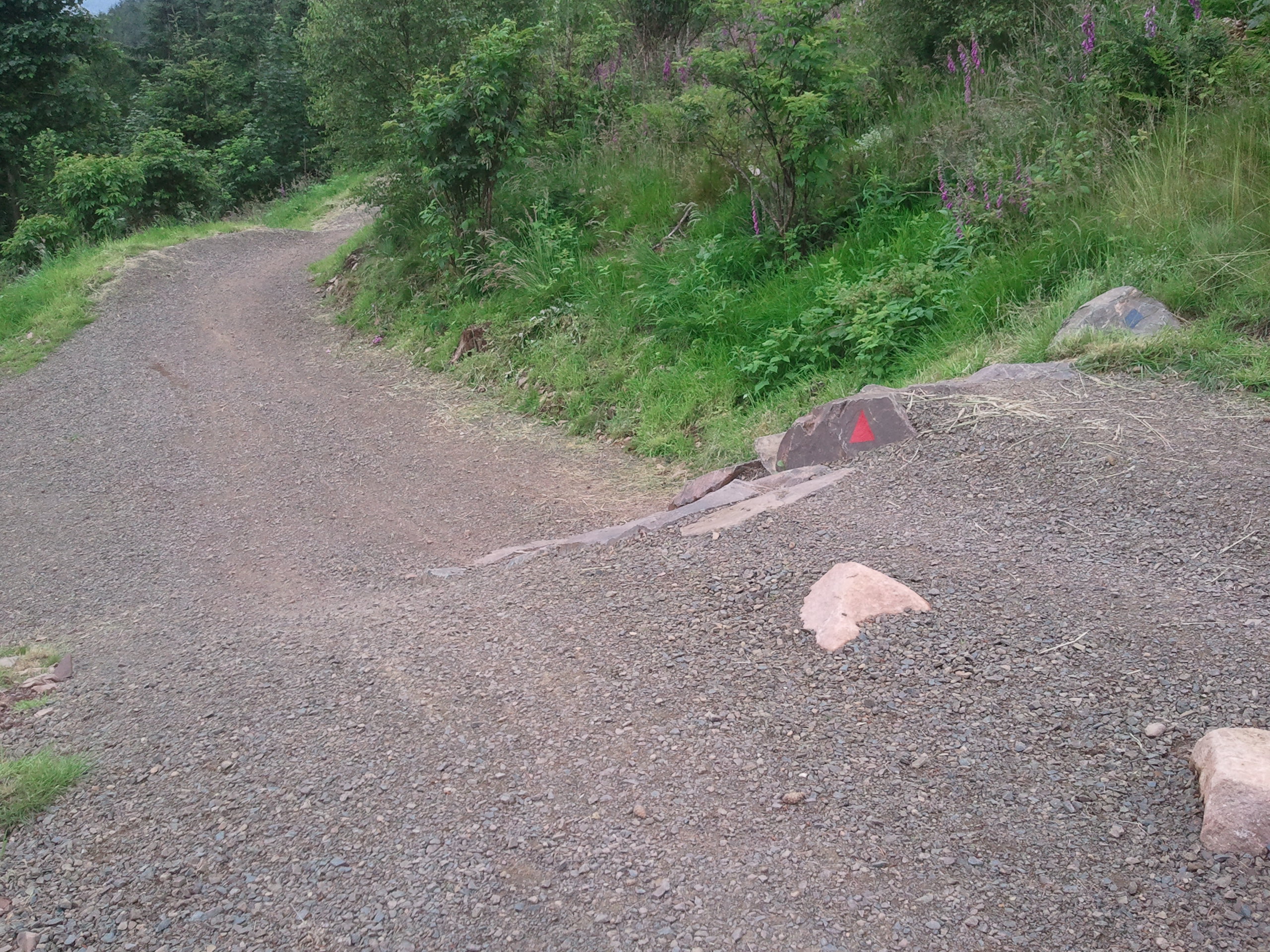 As we had Benny with us, our first couple of rides were solitary affairs, one walking the dog, one riding. Both of our lonesome rides were in torrential rain, and we got filthy, along with our bikes.  Unfortunately, these rides also coinciding with the days that the Glentress Peel carpark was being redone, so there were no showers and no bike wash.  Derp.

Sometimes we’d both walk the dog though, and be amazed by his talents.  Such as: 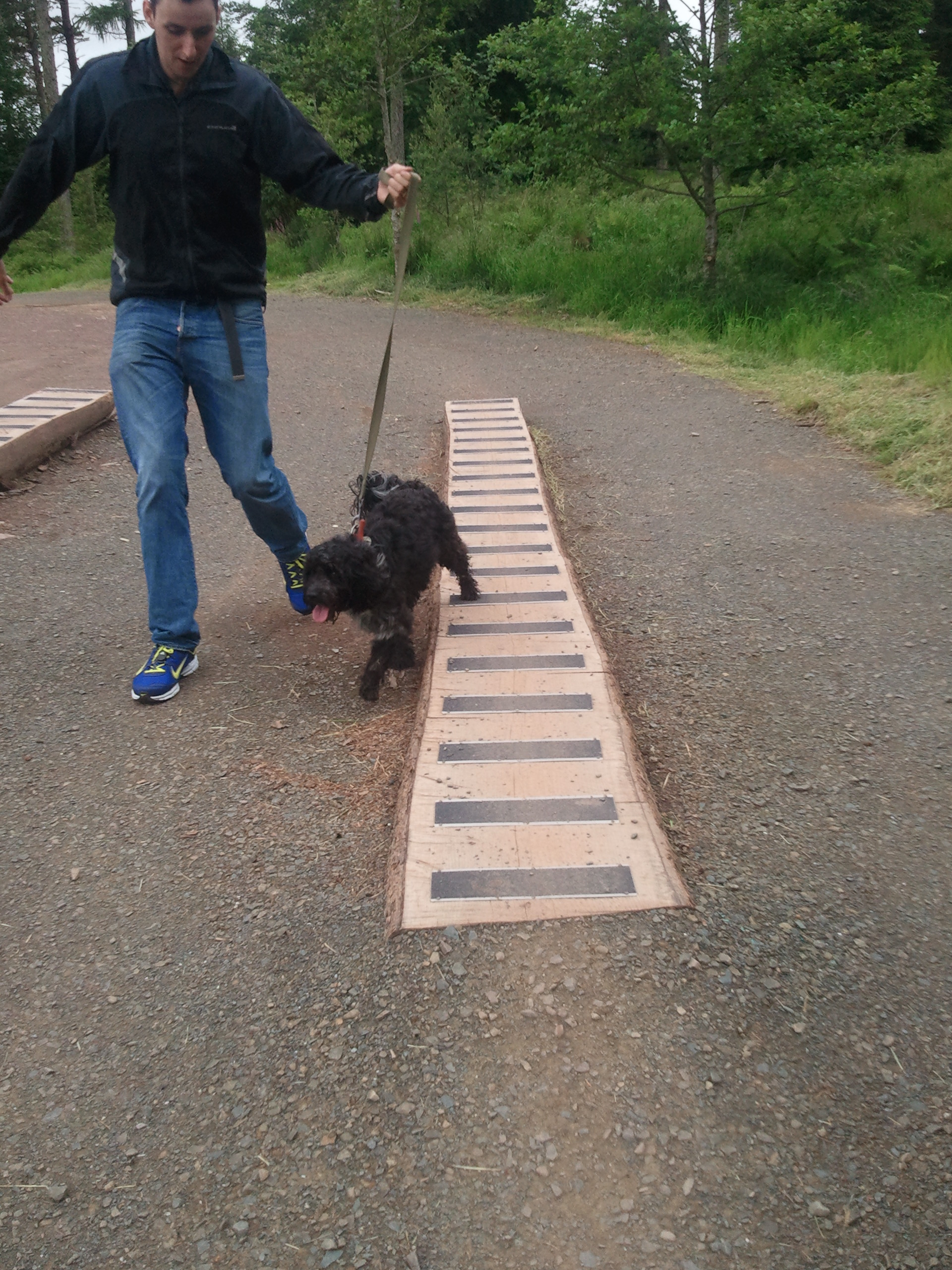 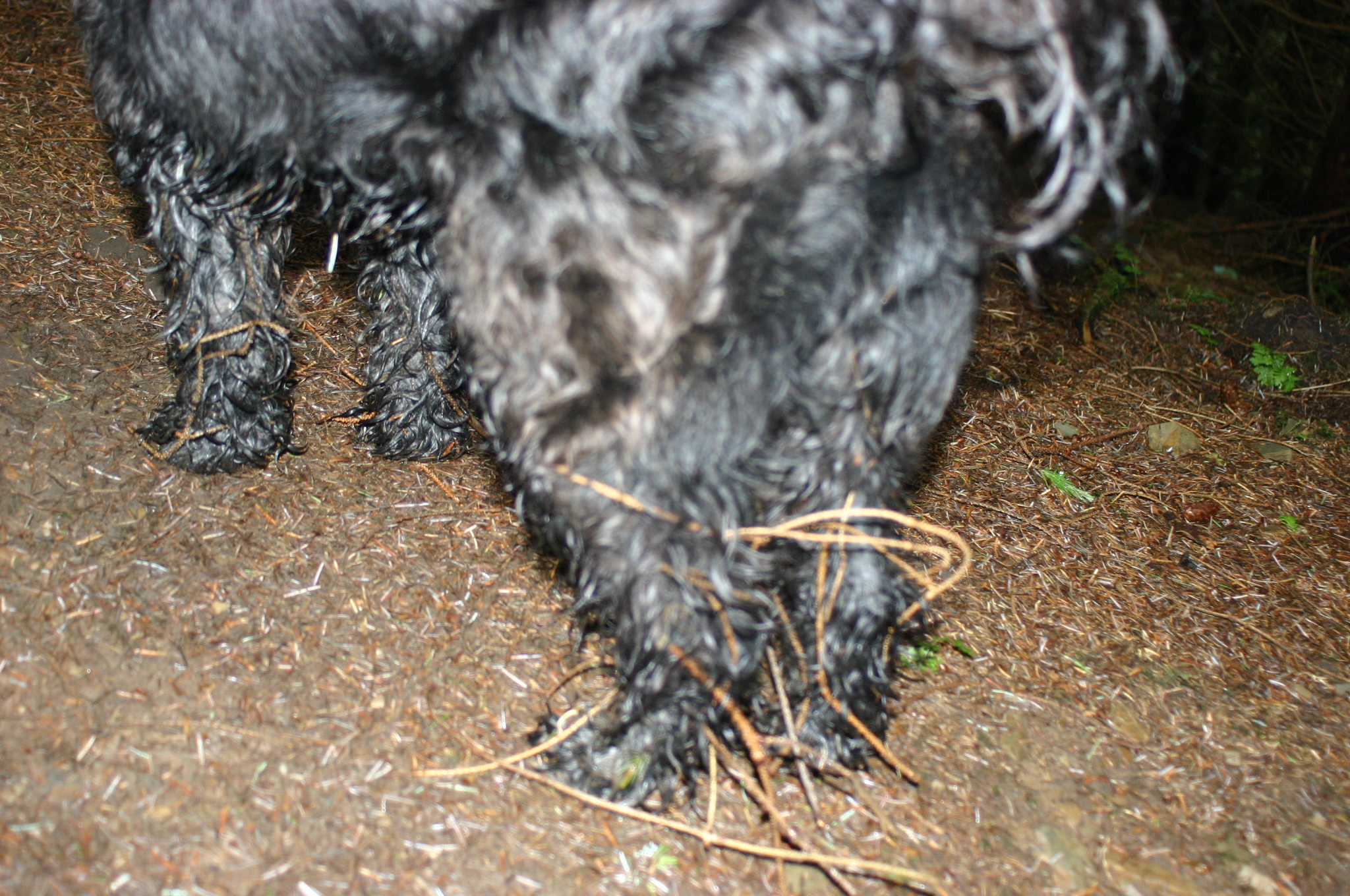 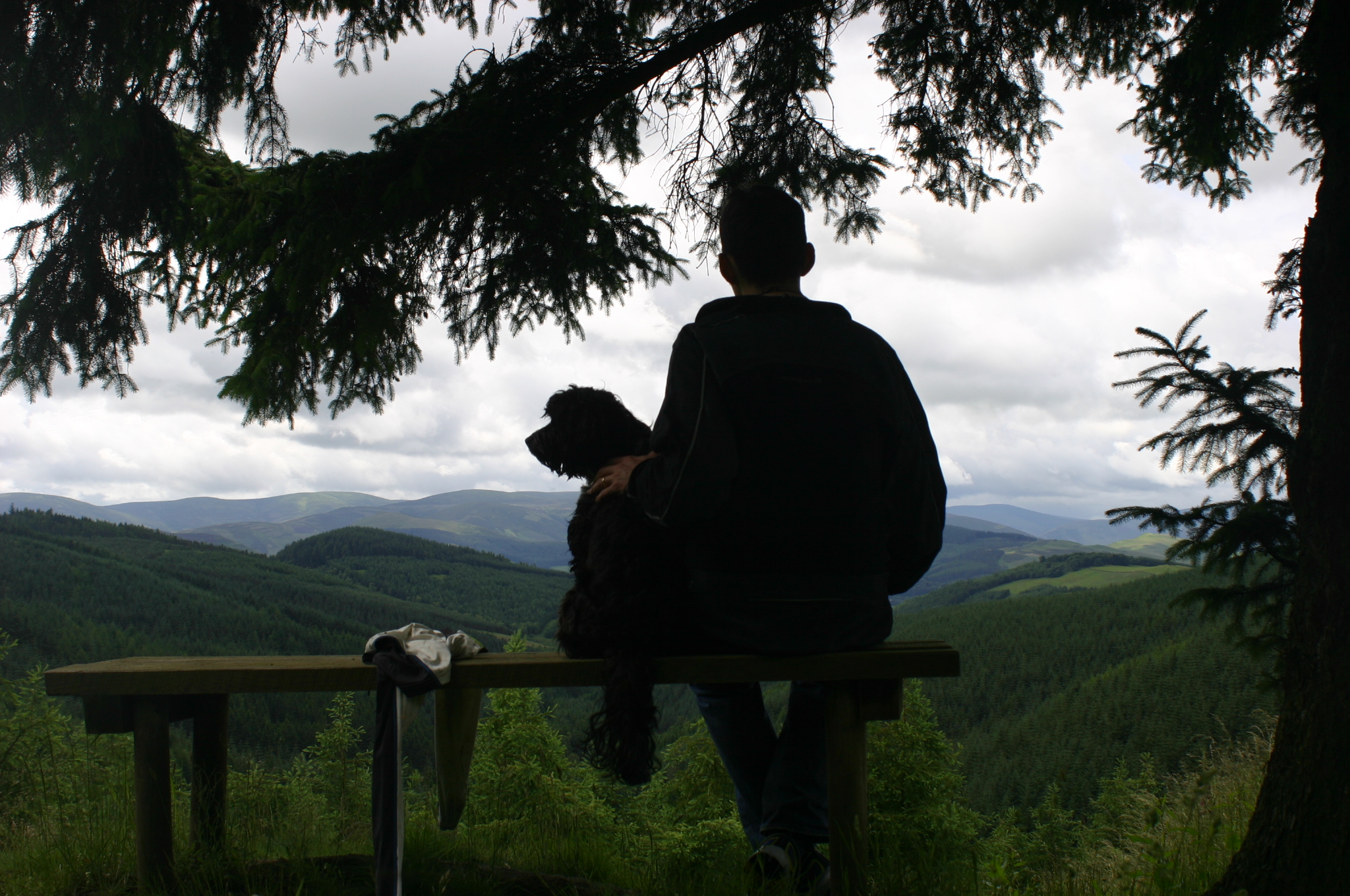 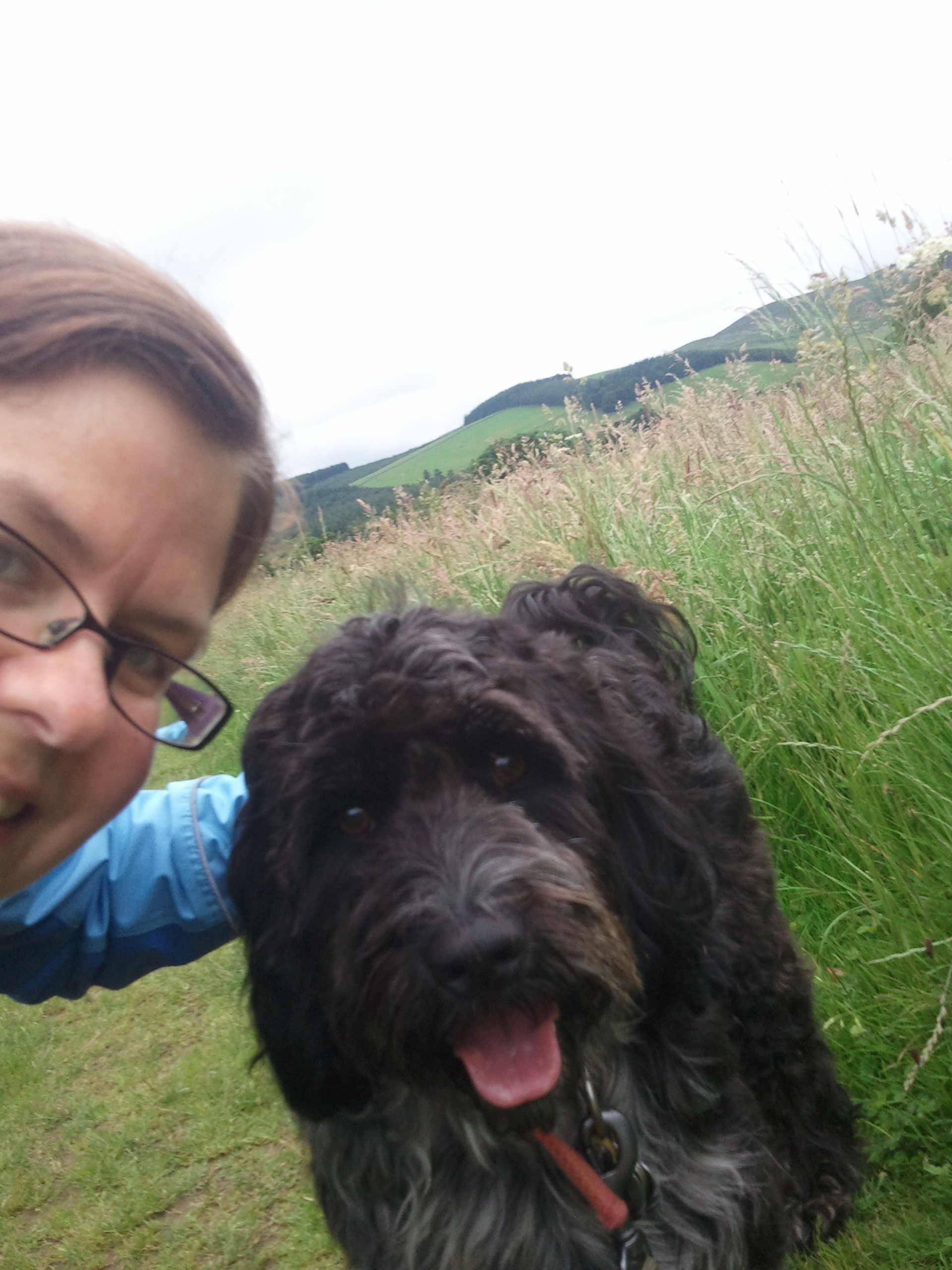 On the Thursday and Friday we sent Benny to what Mr Toast kept on referring to as ‘Dog Prison’ – in reality, doggy day care.  Happy Tails picked Benny up in the morning, and I escorted him to the van.  He hopped in the crate, sniffed around and then sat down.  Overall, he was dealing with it better than I was.

We sallied forth to Glentress for our first ride together.  Mr Toast had tackled the red already, and had warned me off it slightly as it wasn’t quite as forgiving as the blue in the wet.  So we flew around the blue, the green, and messed around on the skills course a bit.  Towards the end, I went down the blue and Mr Toast went up to Spooky Wood and down the red.  On my way down, just past the end of the Admiral section, I saw a roe doe deer and her fawn.  They were positively frolicking and sproinging.

The weather was better, but there was still a lot of surface water on the trail so we still got quite soggy. We’re still not keen on the new cafe – the service is slower, the cakes are smaller and less tasty, it feels a bit like a school canteen and there are no tiny birds fluttering around nomming flapjack crumbs.  On the plus side there’s lots of seating and they allow sodden dogs indoors.

In the evening Benny was dropped off, and rather than being traumatised by the separation, he was exceedingly happy.  Win-win all around, and it would be repeated the next day.

We  pretty much repeated the previous day, except I did the climb up to Spooky Wood (which actually seems easier than the preceding shared blue/red climb).  I nearly lost my front wheel in what I thought was a shallow puddle but ended up being a bit deeper than anticipated.  There may have been swearing.  Spooky Wood was good fun, although slightly alarming in places as I tried to keep up with Mr Toast.  My ITB started to burn and tense, and I emerged from the exit crying for a massage.  Aah, the benefits of riding with Mr Toast.

After some leg wiggling, it was time for cheesy Stane photos. 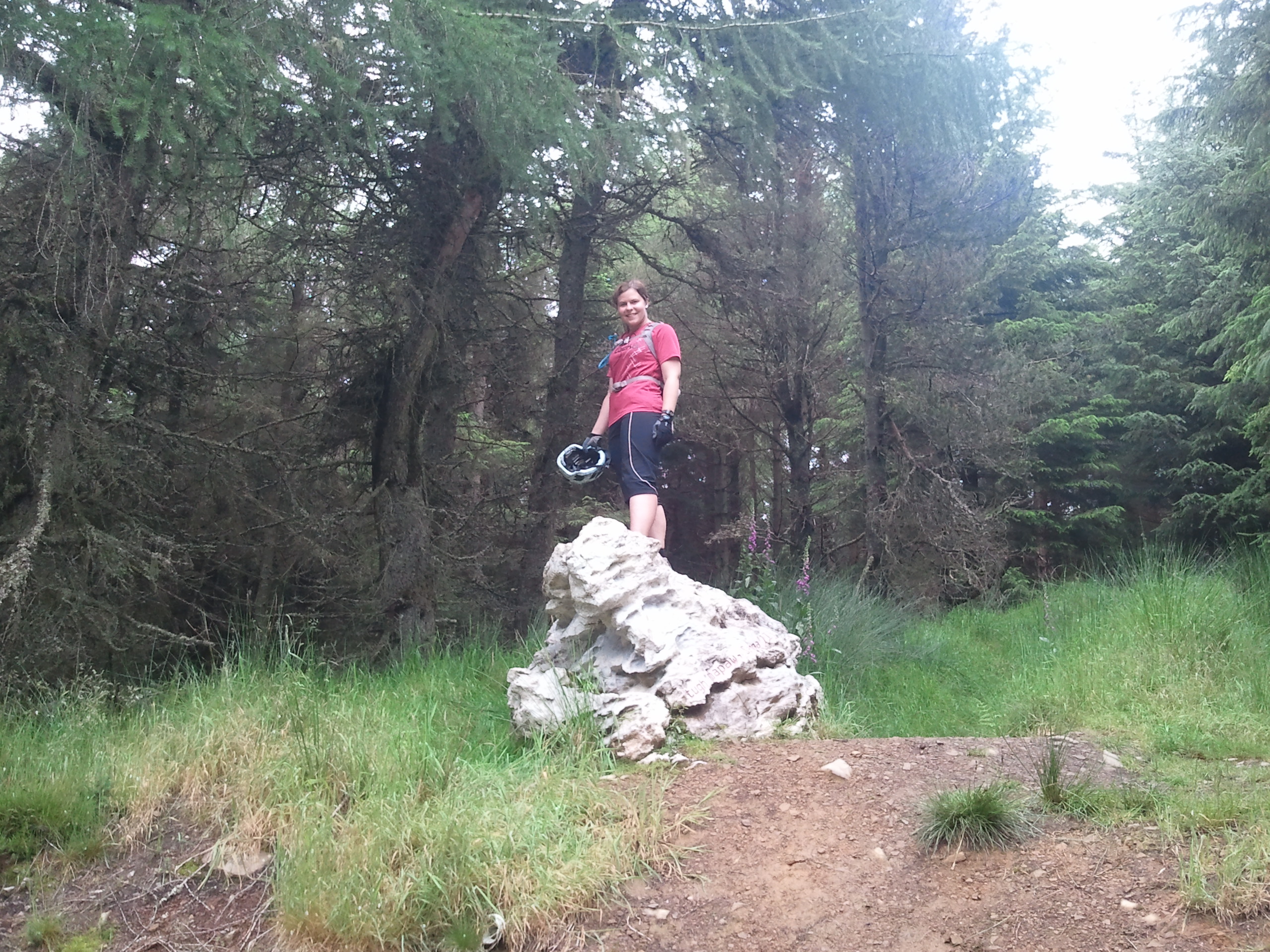 Again in the evening Benny was dropped off.  I apologised for him being excessively pully on the lead, and Carol from Happy Tails looked surprised and said, “Oh, he walks lovely on the lead”.

On the last day, we decided to do the black waymarked walking trail.  It actually has the same difficulty rating as the blue rated trail, just longer.  So off we toddled, and GOOD GOD!  OK, it’s not exactly out in the wilds, but there are some very steep awkward parts, and one of the bits was a bit slidey and covered in felled trees.  Some beautiful views though, and lots of variety. 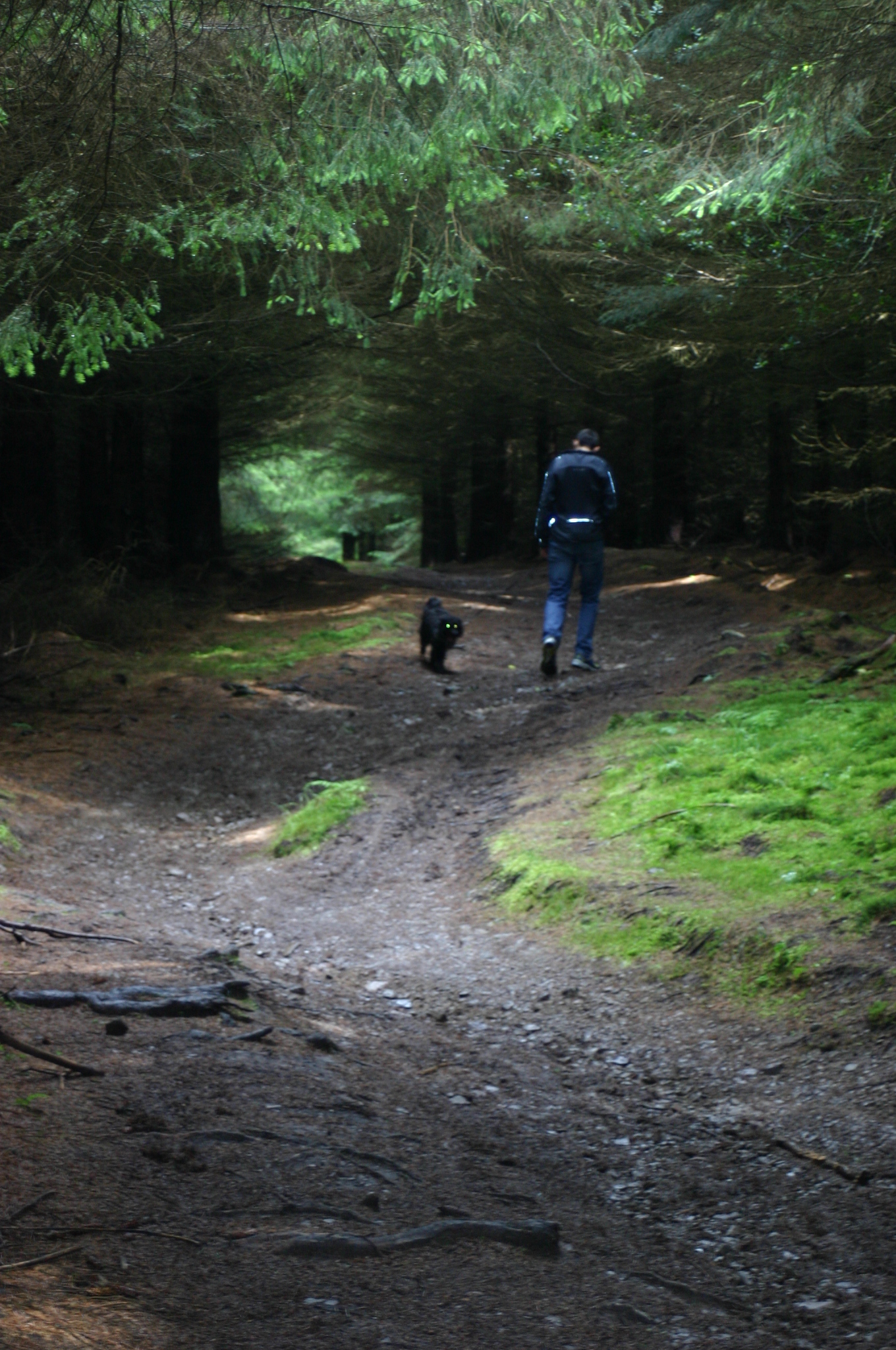 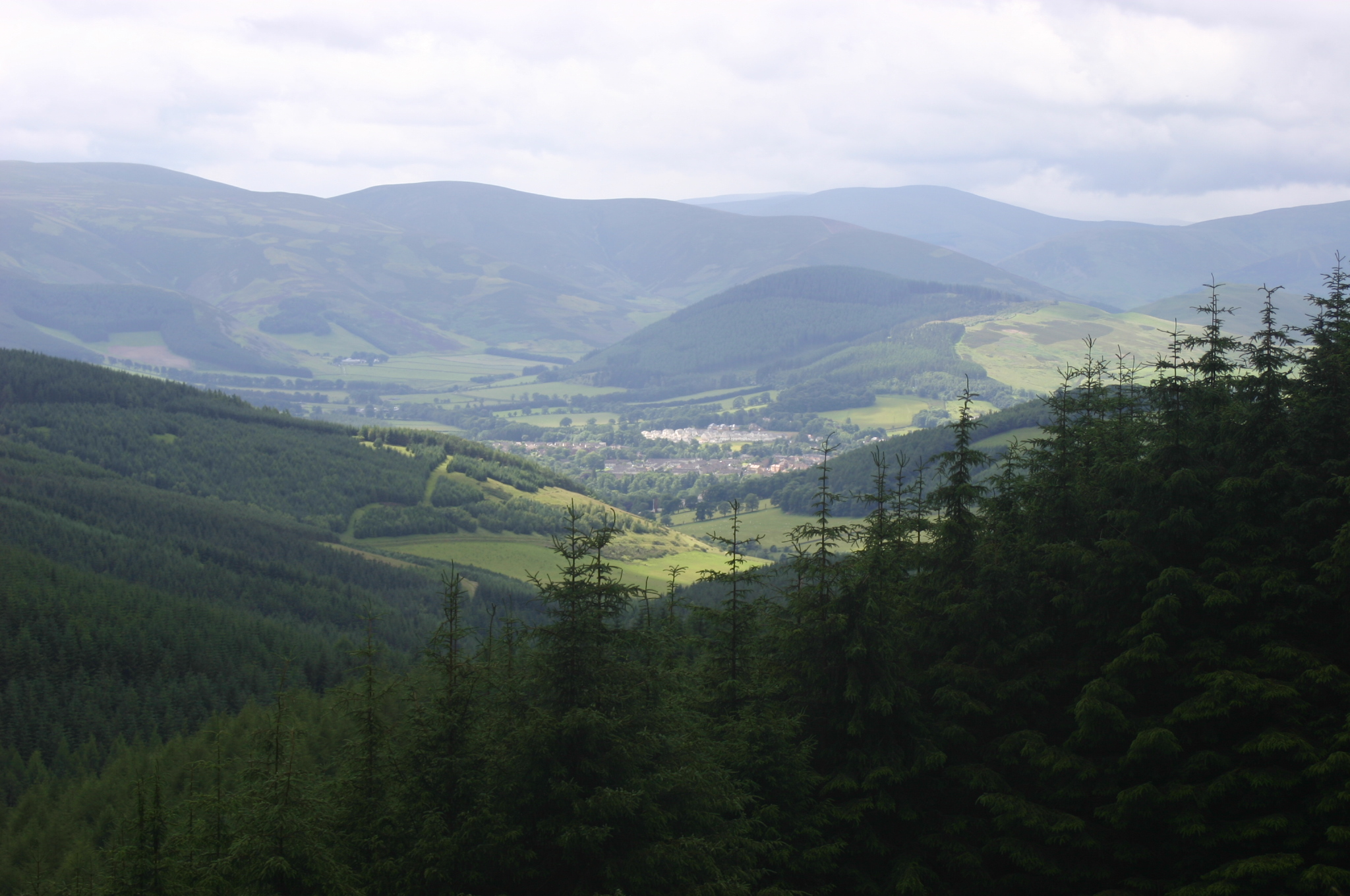 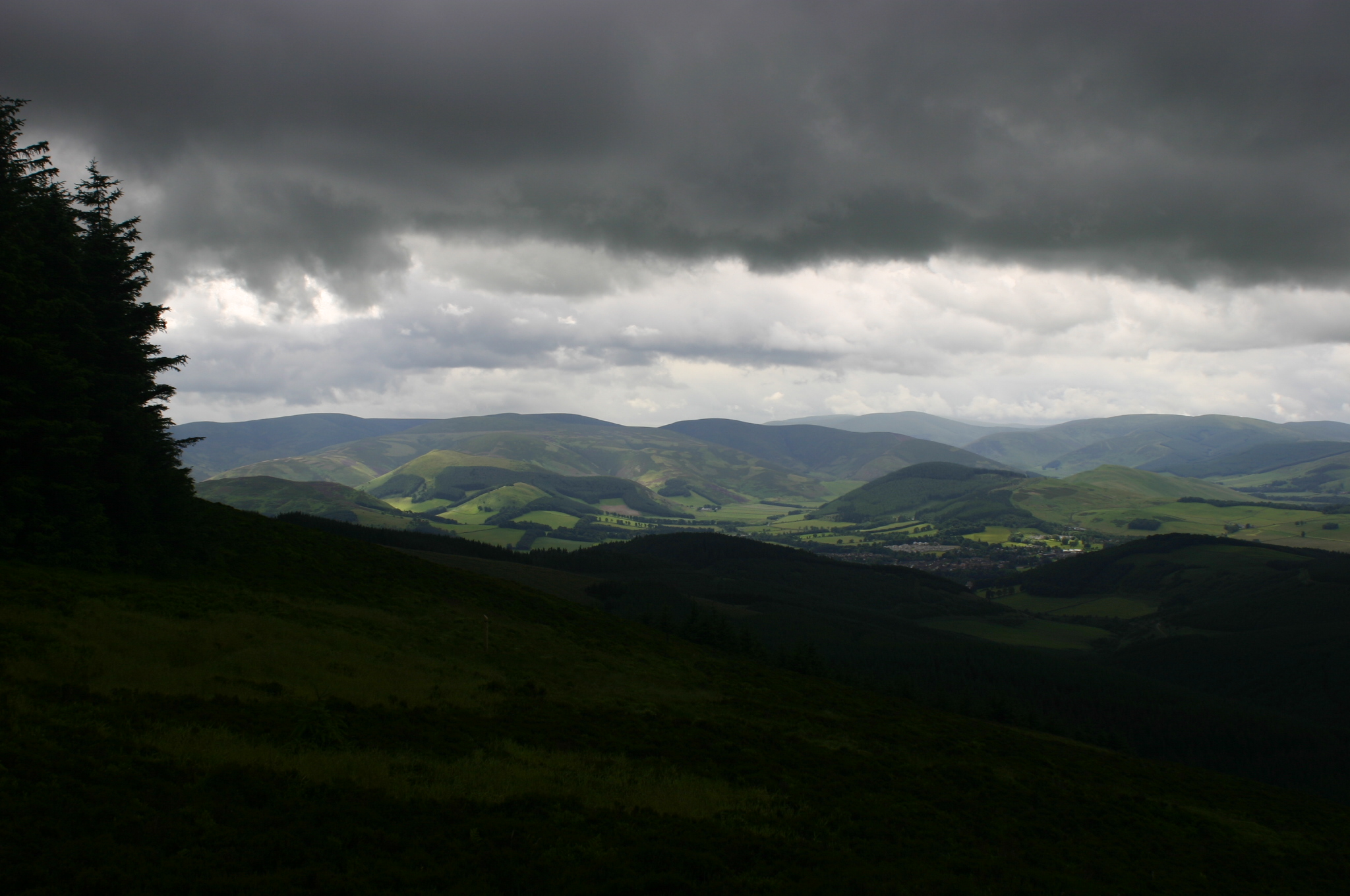 Despite the weather, it was a fantastic week and the trails are bloody good fun.  I look forward to next year!