On our second day of riding, we took Jag and THE XYE WITHOUT FEAR (TM) onto Follow the Dog.  Being a Monday it was obviously a lot quieter, and for me that makes it a lot easier going –  I can actually look at the trail ahead, instead of over my shoulder all of the time.  The weather was utter bobbins – Sunday’s heavy rain materialised overnight, and there was a lot of standing water on the trail (News just in: Puddles form after heavy rainfall shocker!).

Xye had hired a Giant Talon the day before, but was on an Orange Five for Follow the Dog, and after riding the first section, she remarked how much more comfy it felt.  I gentley pootled up the fireroad hill to section 8, grumbling about my knees, whilst the other three raced up the hill.  We hit section 8 at full pelt, with Xye quite merrily going over the jumps and the steep exit, again without hesitation.  We took a break for some drinks, and gestured towards two chaps who we’d overtaken on the way round who were crabwalking down the exit, carrying their bikes.

“See,” Mr Toast said, “That’s what new people are supposed to do!”

The rest of the ride went by without incident (apart from Xye’s run in with the voles on section 13, but we do not speak of it!), and we emerged from 16 with big grins all around.  Xye announced that she would quite like an Orange Five, and seemed even more keen when I pointed out they were available in pink…

There was a quick cake and bacon sarnie stop at the café, and we went out for one last pootle.  We did sections 1&2 again, and also visited section 3, where I had a bit of a comedy moment involving mud and a loss of traction.  I stayed on though!

I rarely ride with people, and I have to admit, if I did perhaps I’d be a better rider – it does kind of push me on, and gives me a bit more courage.  It was slightly disconcerting to ride with someone who was as good at FtD as me after only 2 days, when I’ve been riding for over two years, yet also inspirational.  There’s a lot to be said for having MASSIVE (metaphorical) balls!

Speaking of massive balls, we saw a minature daschund at Swinnertons –  he was proportionally gifted.  We also saw… 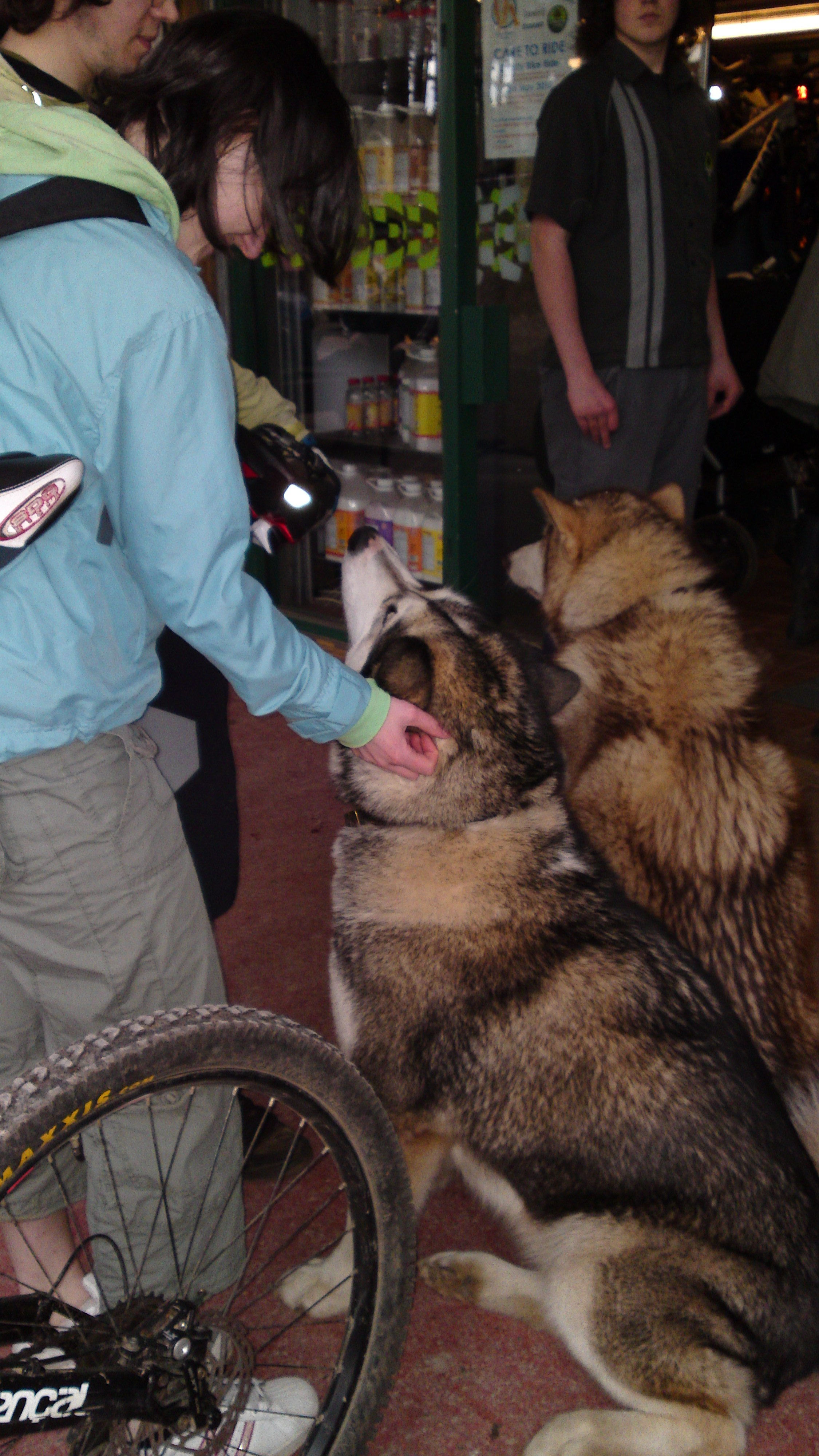 Malamutes!  Huge ruddy soft things!  Again, looking at both the malamutes and the minature daschund, I had to marvel at man’s intervention with doggie genetics.

Despite the crap weather, everyone had an awesome time and ended up looking like proper mountain bikers: 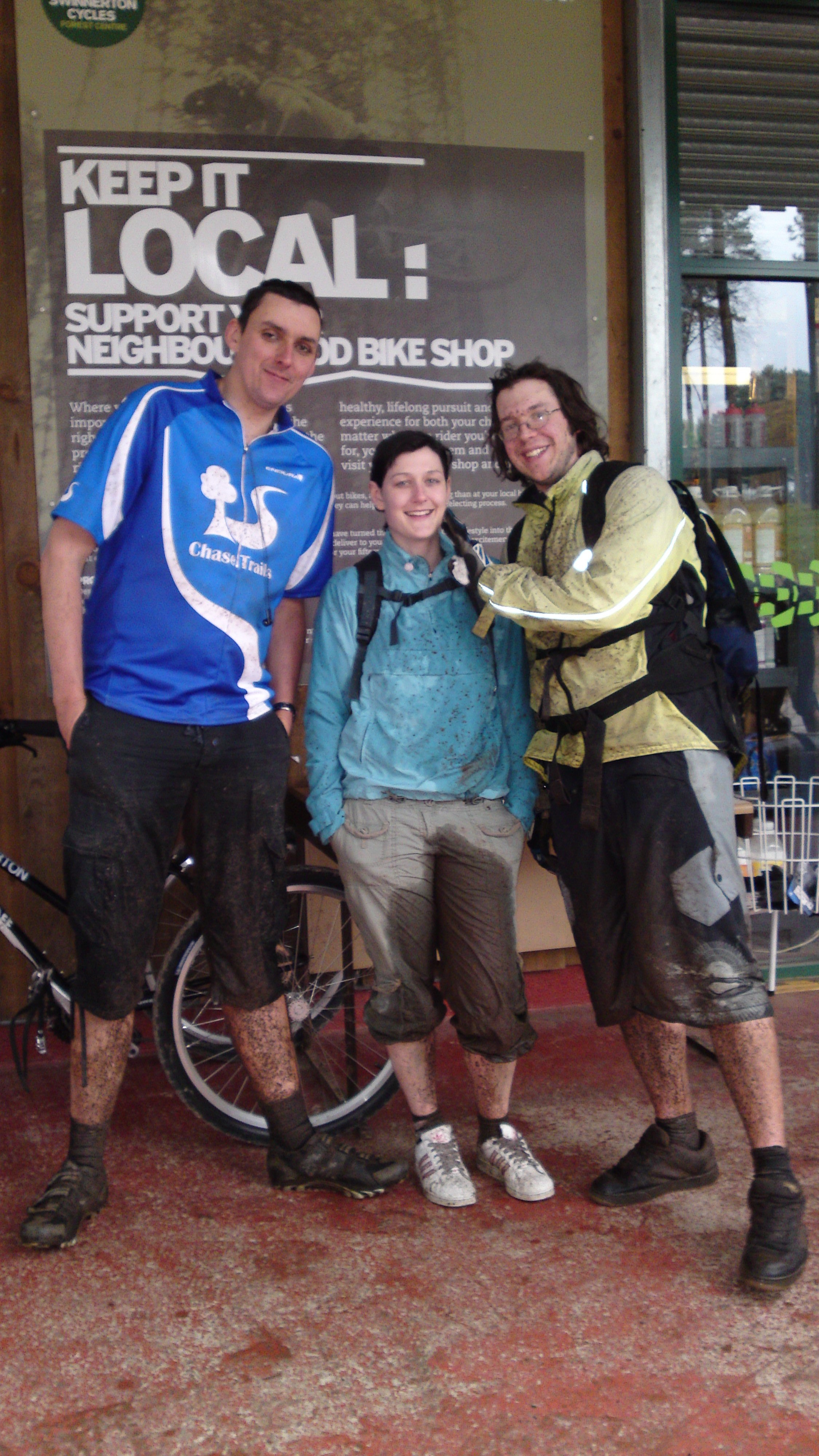 We cleaned our bikes and set off home.  Overall an awesome couple of days of biking

Good dogs seen: Malamutes!  Not just bigs ones, ooooh no, but a malamute pup as well.  OH MY!  And the aforementioned minature daschund with massive balls (literal)