We had a couple of friends over for the weekend – Jaggy and The Lovely Xye (TM).  As good house guests from The Netherlands, they came bearing Dutch goodies, including an Edam the size of a human head and Stroopwafels! 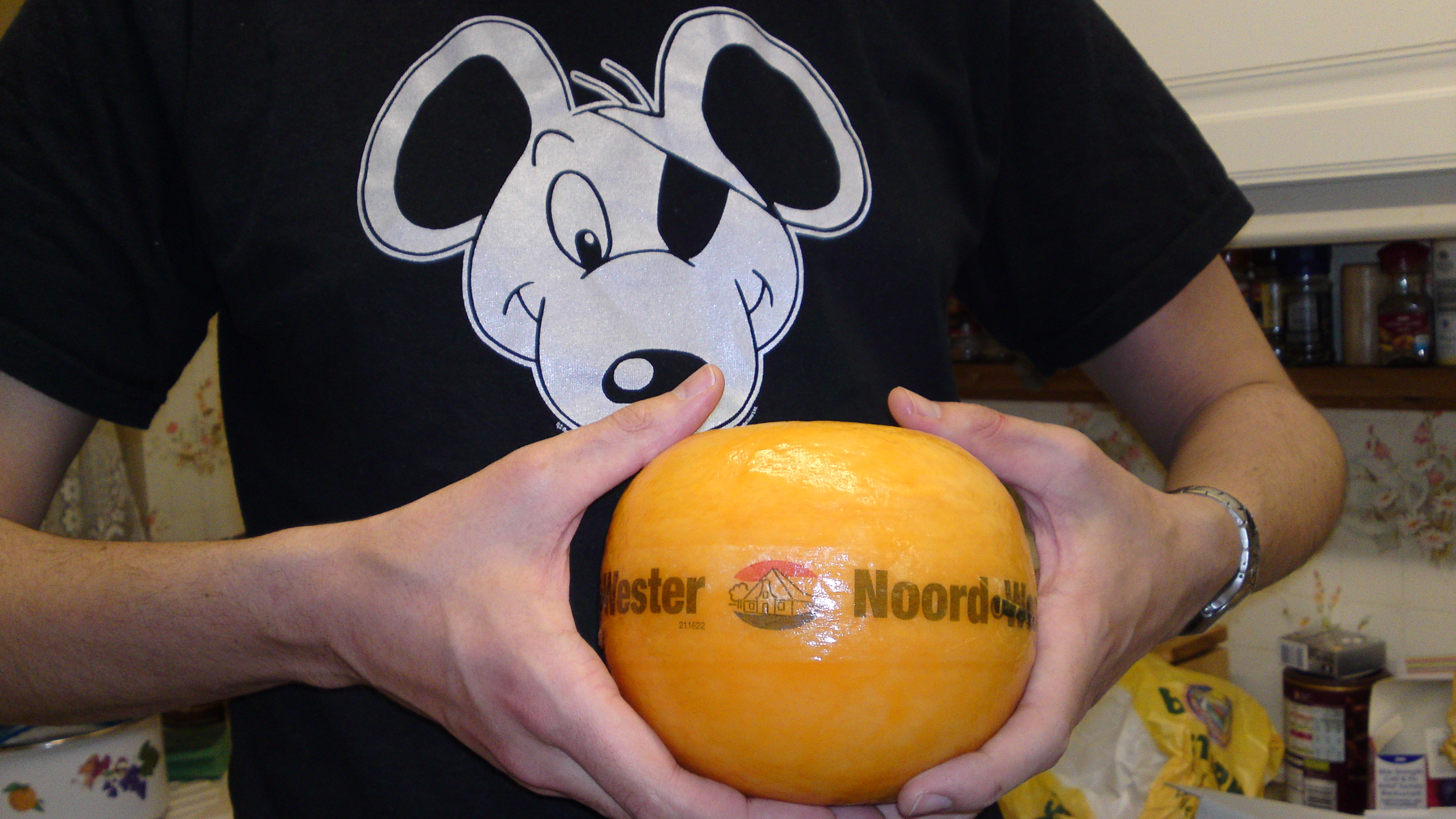 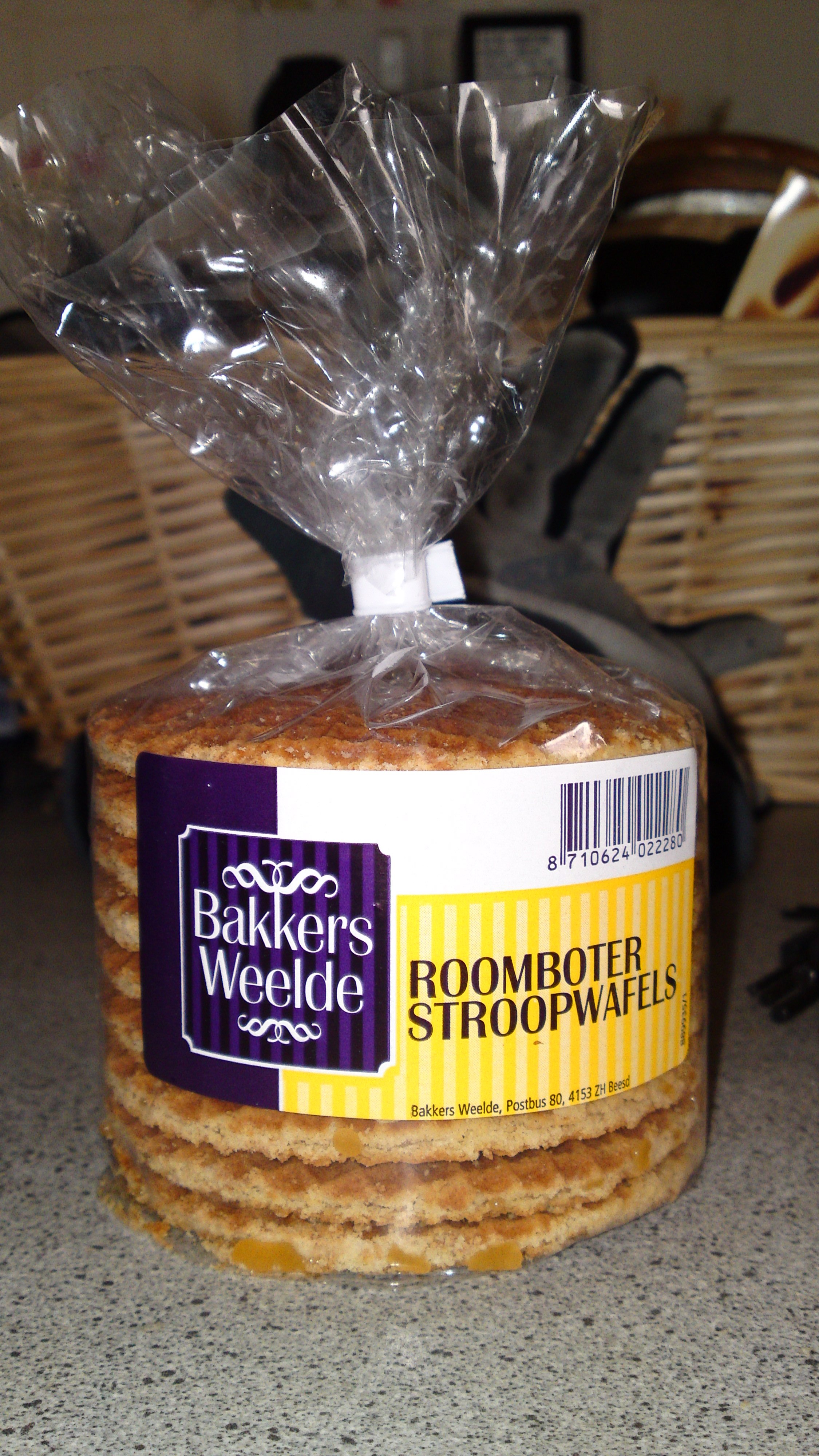 Both of which are delicious, and can be enjoyed as part of a calorie controlled,  balanced diet.  Or you can just gorge on them.

Given that The Lovely Xye(TM) had never been mountain biking, we decided to break her into this off-road malarky by taking the green-route-that’s-now-blue route.  Despite having never gone mountain biking before, or ridden a bike with more than three gears, and living in a country that’s flat, she pretty much kicked ass… although everyone had to pause after the first hill to start removing layers.  It was actually surprisingly sunny, given the weather report had predicted heavy rain.

My knees were grumbling slightly on the hills, hopefully they won’t play up too much this year!  It was a nice ride, although the trail was very busy – in addition to numerous dog walkers, there also seemed to be some sort of running event taking place, and a mass of young walkers in several different groups carrying huge backpacks.

After a stop at the café, we pootled around the green routes that run through the Fairy Village and other FC sculptures and features.  Mr Toast had been nursing a desire for a couple of weeks to have a play on the audio garden thing, so he and Jaggy took great delight in hitting plastic things with bits of wood.  This is probably how prehistoric man discovered music. 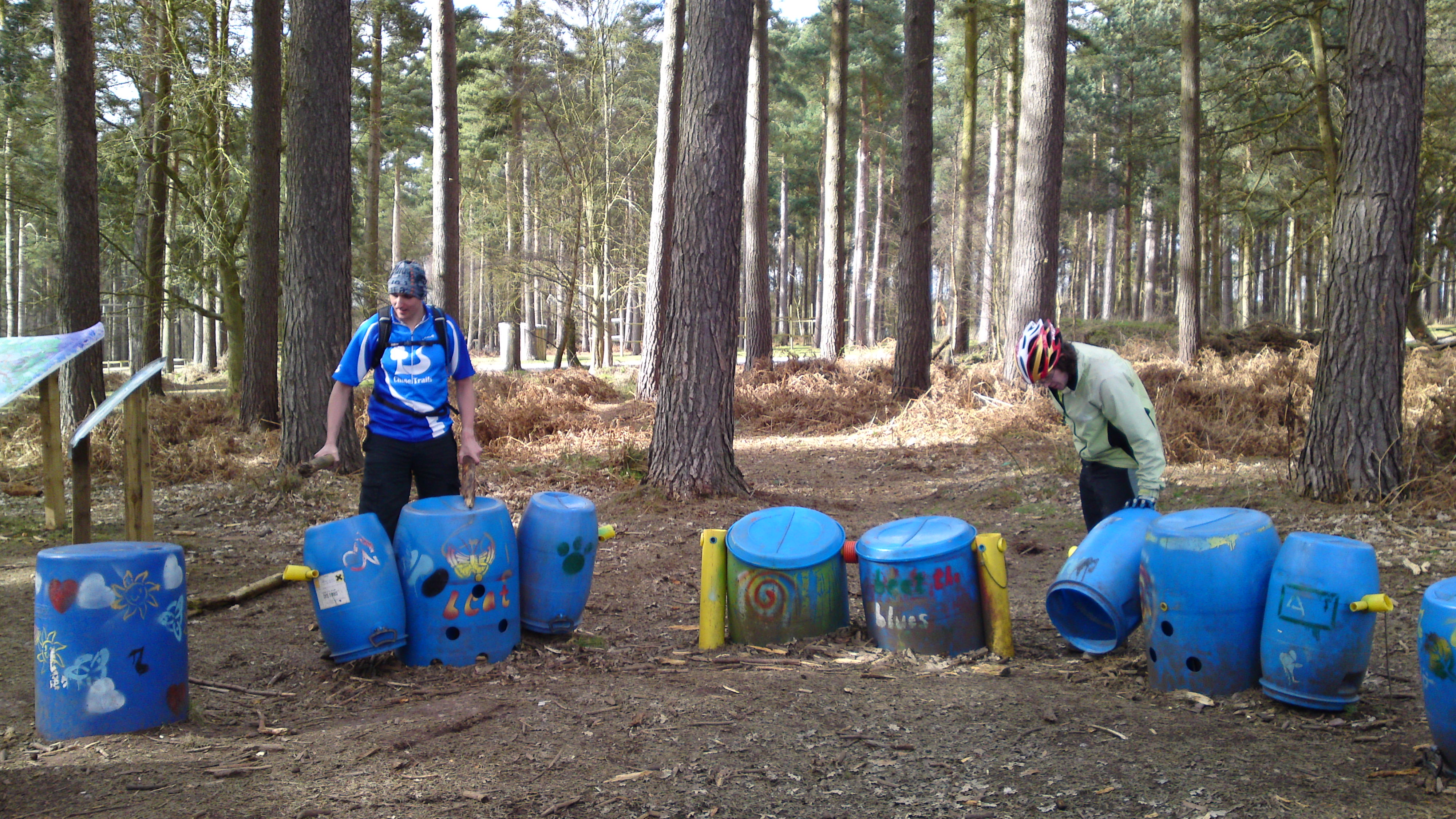 We finished the ride by introducing Xye to Follow the Dog – it seemed quiet enough to take a newbie around without too much risk.  But, as it turned out, we needed not to worry about the newbie, as The Lovely Xye (TM) is also THE XYE WITHOUT FEAR (TM).  After a couple of questions about what gears she should use, she set off and rode it well and at a decent clip.  Seemingly oblivious to the notion that someone on a hire bike who’s never mountain biked before should have any problems on a red route, she sailed around, taking the switchbacks without issue and quite happily riding down the rocks at the end.  “Wow,” Mr Toast said, “You rode that with no hesitation!”.  “Oh, I didn’t know I was supposed to,” replied THE XYE WITHOUT FEAR (TM).

Monday’s ride would certainly be interesting!

Trail: The green-route-that-is-now-blue, sections 1&2 of FtD

Highlights: Getting out riding with friends

Good Dogs Seen: Quite a few – lots of spaniels, collies and jack russells, but also plenty of huskies.