Saturday was a bit grey and gloomy.  This, combined with us arriving quite late, meant that the Chase was rather quiet, leaving me to pootle around Follow the Dog in relative peace.

Saturday’s ride was rather similar to the previous week’s in many ways.  I felt incredibly ill by the end of section 12, culminating me throwing up yet again at section 14 – this time, right at the start.  As I stood there, marvelling at my rubbery pink gut litter, I had several things going through my head.  Like, “Maybe I should actually take a proper look at my diet – woman cannot bike on Weetabix and Scotch Egg alone”.  And “Christ, looks like my childhood nickname of ‘Flimsy Lynsey’ still applies”.

I didn’t ride the rocks at the end of section two.  I didn’t ride the exit of section 8.  But on the plus side, I actually rode 16 rather well, not even a slight bit of shakiness.  Well, not until I got to the cafe, where I felt I was going to pass out.

The trail pixies had been out again, this time changing the markers for the 19 mile green loop to blue ones.  This will bring it into line with the likes of Dalby, where the blue route is basically fireroads, but covering quite a distance.  Hopefully it’ll eventually be like Glentress, and include friendly blue-graded singletrack! 😛 It does have a couple of EXTREME features though – road crossings! 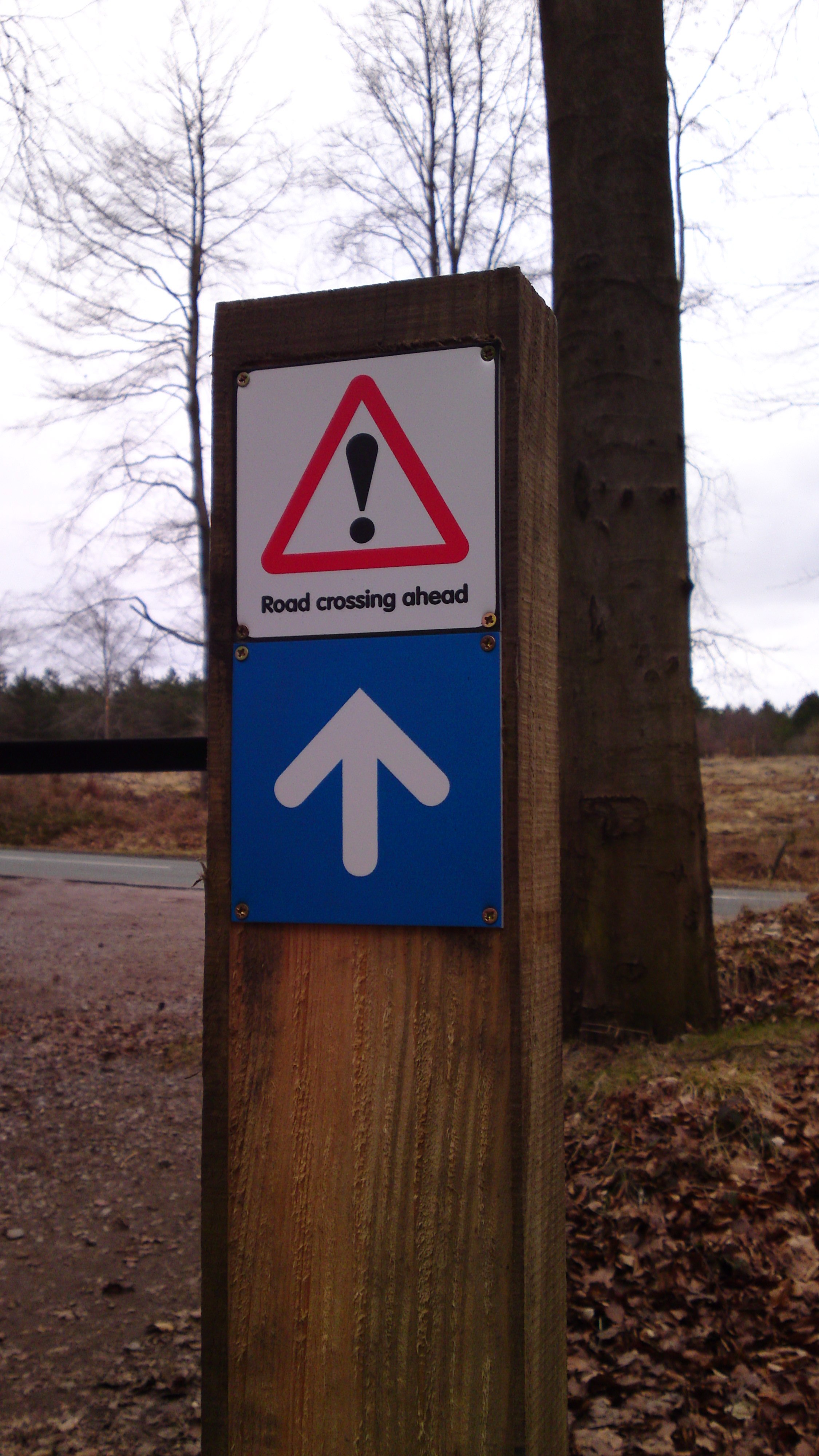 Anyhoo, despite the slightly grim state I finished the ride in, it was overall rather successful.  I felt my confidence returning in handling the bike, and was a bit speedier, and trying for fewer and shorter stops.  As a result, I managed to shave fifteen minutes of last week’s rather lethargic time of 1 hour 45, down to 1 hour 30.

Bad bits:  Throwing up at the start of 14.  Particularly when it adamantly stuck to my lower lip. It is impossible to detatch vomit from one’s personage elegantly. 🙁

Good dogs seen: Huskies – they seem to be the on-trend pooch for this season!  And the ubiquitous border collies.