It was the sixth (I think?) Big Build Day at the weekend.  The plan was to continue working on the links between the Red Monkey to the Black Monkey.  Fortunately, the weather was great, there was a good turnout of volunteers, and a good bulk of the work got done.

Either I’m getting better at trailbuilding, or the conditions were slightly more favourable than the previous two Big Build Days.  I didn’t hit any persistant black patches, anyway.  Mr Toast had a slightly trickier job, as he had a tree stump that needed removing.  There was quite a bit of digging, lots of manly grunting, and, at one point, three men wiggling the stump.  Which sounds like a euphemism, but it’s not.

There were a few roots that were so evil they actually had to be removed.  Ian took to the roots with a pickaxe type thing – I think it’s called a Mattock? He seemed to quite enjoy it, particularly once it was suggested that the same technique could be used on people who ride closed trails. 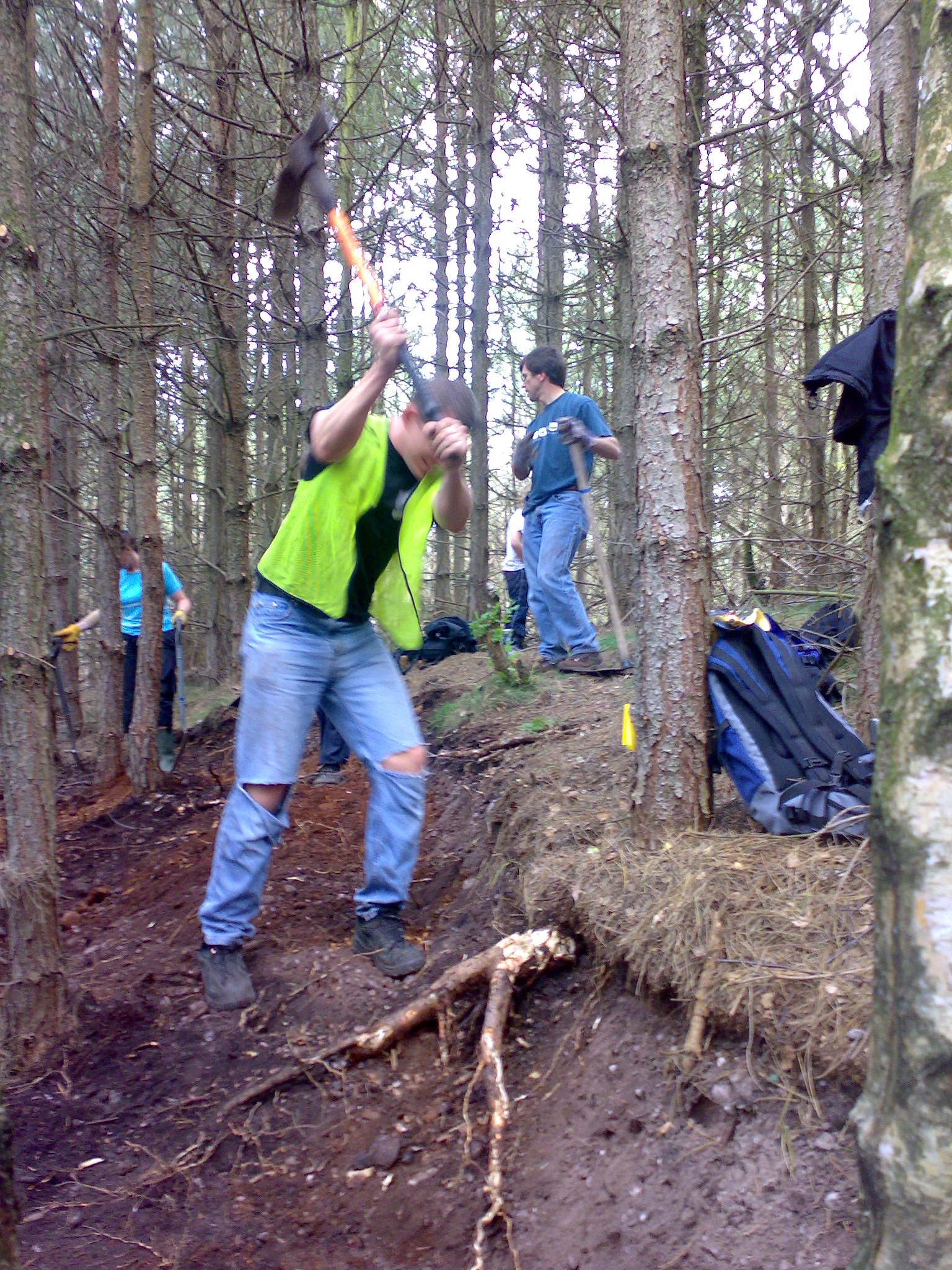 As we went down to lunch, Rob walked us down the original Monkey, which is going to be graded black.  Sweet.  Merciful.  Zeus.  The drops were mildly disconcerting, but I think it was the fat pointy root crossing the trail diagonally on a corner that did it for me.  Unfortunately I’d left my Holy Water in my other trail building trousers, so the Evil Root remains.

After partaking in the most excellent barbecue and cake (thanks Dale and Sharon!), we went back and worked on another link near the exit of the Monkey.  I mainly helped with keeping the existing Monkey clear of the debris being created by the new trail – due to the good turnout, digging spots were at a premium!  There was some extreme brashing as it was decided that a couple of trees needed to come down – somehow people managed to restrain themselves from singing, “I’m a Lumberjack”.

So, another successful build day under the belt – the next one is planned for October, I think.  The recent and upcoming work does mean that the Monkey (which never existed) is now closed, so please – don’t ride it.  As with FtD, and the rest of Phase II, the more people that ride closed trails, the longer trails stay shut for, and the harder they are to maintain.