We went to our first Big Build Day today, and blimey, creating a trail from scratch is a bit different from repairing an existing one.  We were taken to a wooded hill, and…let loose.  Stick to the yellow flags and go between the marked trees, and off you go!

I have to admit, when we first got there, the task seemed to be fairly monumental – digging out the track, making sure that we got down to the clay stuff. It initially seemed like we were just making a mess, but it actually started taking shape really quickly. 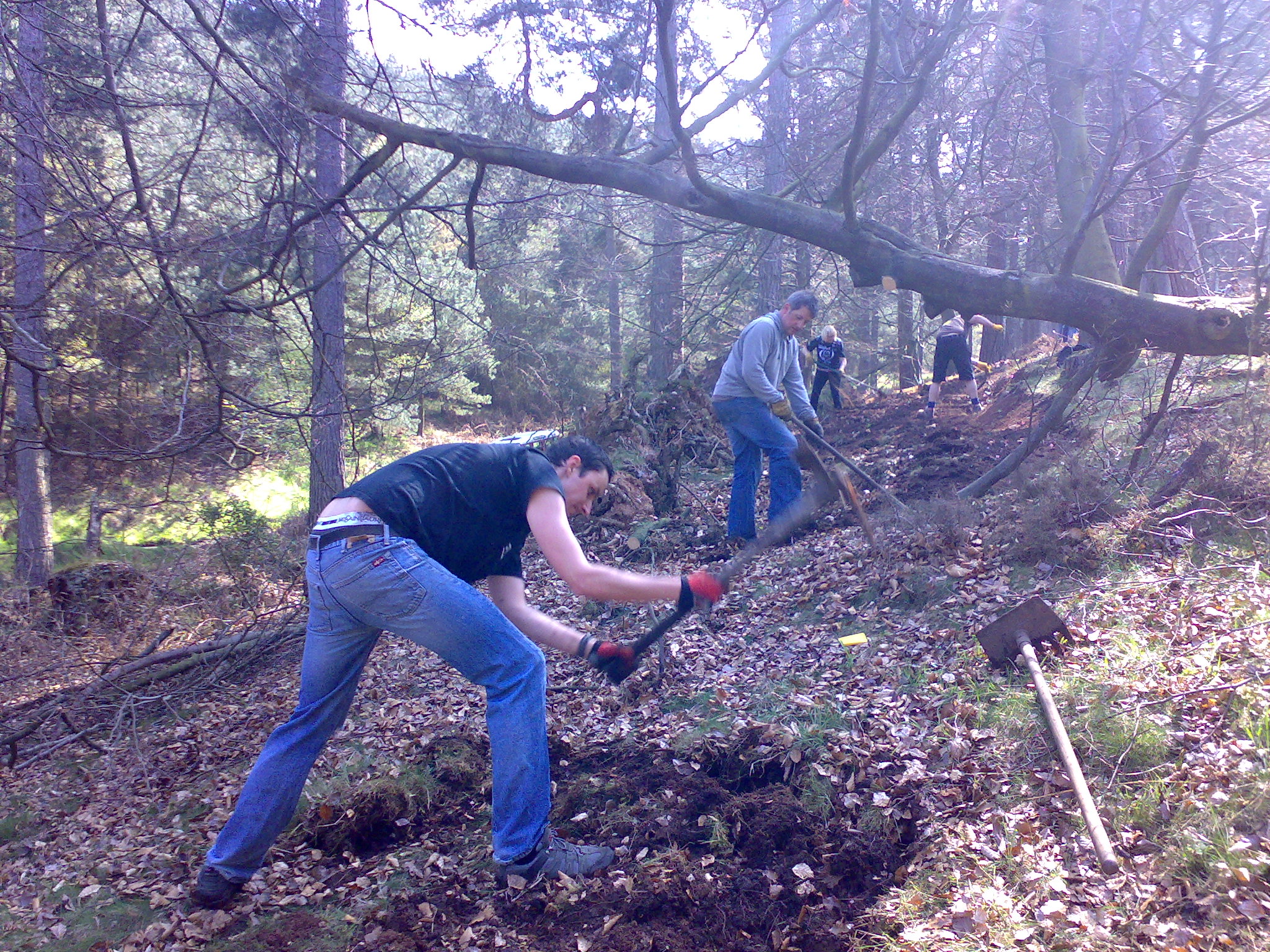 As you can see, Mr Toast was…ho ho, getting into the swing of things with his trusty pickaxe (I’m here all week, try the veal).  Beyond him are the Grimey Limeys, who, in addition to being thoroughly nice people and awesome trail builders, also have the Best.  Club Jersey.  Ever.  Their part of the trail looked miles better than ours, so we watched what they did, and copied them.  Eventually we ended up with something like this:

There were about fifty or so of us building today, and it was impressive how much stuff got done.  As you can tell from the photos, the weather was great.  A little too great, unfortunately – as usual, Mrs Toast’s back + sunlight = sunburn.  Ho hum. 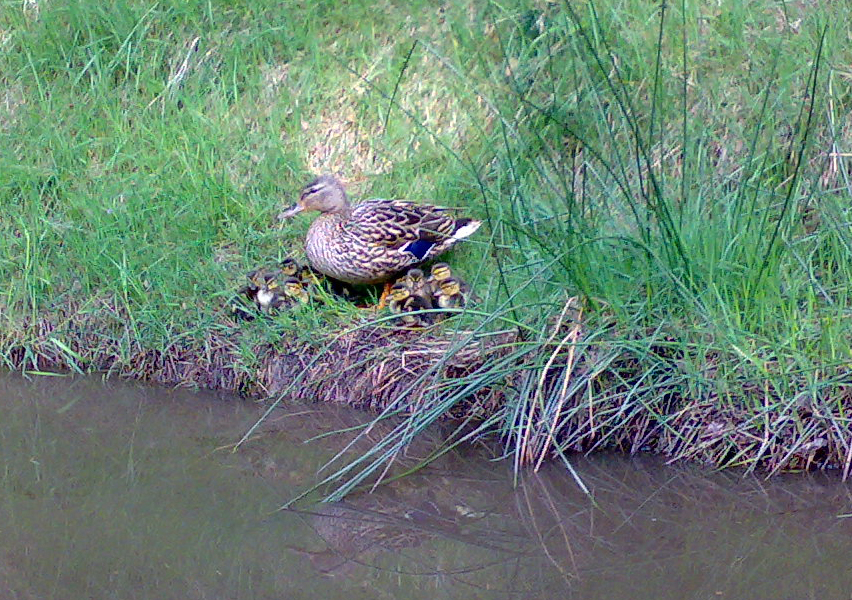 The ducklings were obviously very cute, and very young – they’re the smallest ducklings I’ve ever seen.  We also saw another impressive bit of wildlife – Mr Toast said, with faint tone of alarm, “Love, I’ve just seen something slither into your bag”.

I was expecting an adder, but out popped…a lizard.  I vaguely recalled that we had lizards in the UK, but this was the first time I’d ever seen one.  He was small, quite a deep emerald green, with two black stripes on his back.  Checked a book on British wildlife, and that, combined with the power of Teh Internetz, informed me that it was a common lizard (although they’re normally more olive/browny coloured.  We must have found a flamboyant one…).

Not entirely sure why they’re called common lizards, given that they seem to be seen quite rarely.  Perhaps they don’t know which fork to use in a fancy restaurant, or put the milk in first when they make the tea.

Anyhoo – ducklings, lizards, barbecue, and the immense satisfaction of using pickaxes productively.  If you weren’t there, I bet you feel pretty stupid now.