Had quite a decent ride on Saturday – did the first couple of sections of FtD (missing 11 and 12 and it was pretty busy), then all of the green loop, then sections 13, 14 and 15 to finish off.  I rode with Mr Toast, which pushed me quite a bit.  I felt like I was going slower, but we actually finished the green loop quite a bit faster than I do normally.  I think that I tend to stop more when I’m on my own, which leaves me a bit more refreshed and zippy when I’m riding.   The breaks are not so much because I need a break, more because I’m taking in the beauty of nature.  Of course.  Ahem.

Speaking of the beauty of nature, take a look at this little chap! 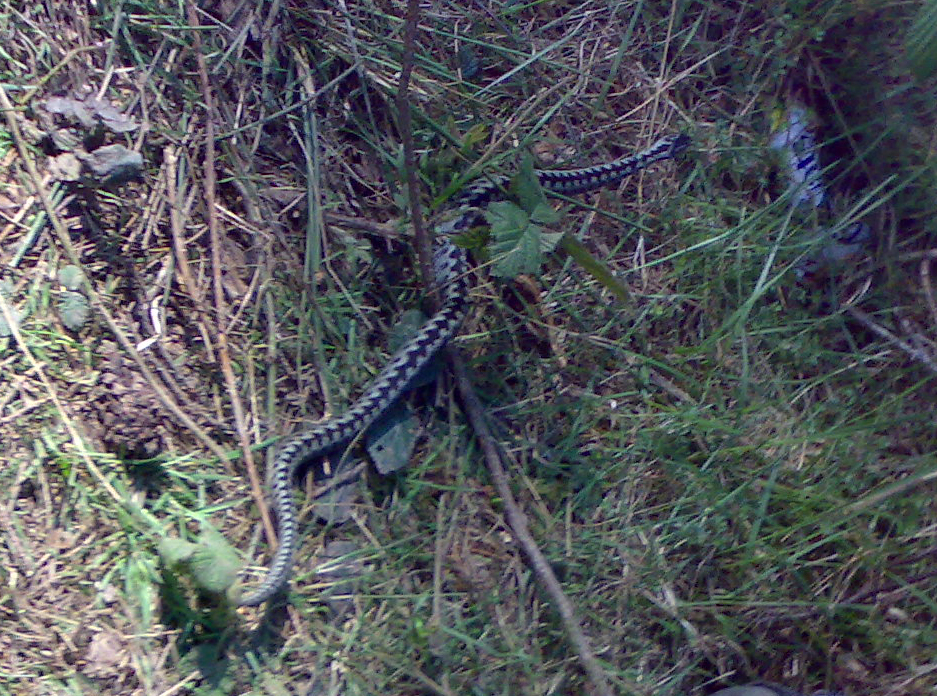 We saw him slithering near the start of section 15 – it was quite hard to get the camera out and get a picture of him in time. It’s only the third adder I’ve ever seen, and only the second live one!

FtD was a little odd – as I’ve mentioned, it was very busy with more ‘casual’ riders, so I actually managed to overtake quite a few people! 😛  At one point, I heard people whooping and hollering behind me on section 8, so I pulled over as a couple of kids went belting past, flying over the jumps (with no helmets, tut tut).  I was able to activate smug mode as I passed them on the climb at the end, as they pushed their bikes up the hill.  IN YOUR FACE, KIDS!

Trail: Most of FtD, green loop in the middle

Bad bits: Getting a bit panicky because someone was nearly on my back wheel on section 13.

Good dogs seen: Not many. There was a scottie, and a pair of chihuahua…I think they were puppies, but they could have been fully grown. Although I normally don’t like the breed, I actually thought these ones were quite sweet. Maybe I’m mellowing with age…Mr Toast still referred to them as ‘horrendous little shit rats’, however.