On the Bank Holiday weekend, we sallied forth to Mr Toast’s homeland of North Yorkshire. Whilst in the region, we decided to visit Dalby. Well, it would be rude not to.

I should point out that Dalby and I don’t have a very happy history. We went there last year, and I hired a bike from Purple Mountain. The bike, a Kona Fire Mountain (I think), was pretty poorly maintained with a fork that just would not move, and the blue trail was fairly dull – pretty similar to the green trails around Cannock Chase, except for the tricky zig zagging ascent at the start.

Well, I was determined that I’d approach it with an open mind. Being realistic, I knew that there was no way I could do the full red, which clocks in at about 24 miles. Mr Toast however, was itching to give it a go and put his Commencal Meta 5.5 (henceforth known as ‘The Grasshopper’) through its paces. The cunning plan was that I’d do the most of the blue route, and a small part of the red route at the end. So, as we reached the top of the zig zagging hill, we went our separate ways – Mr Toast down the scary steps of the red, and me up the gentle uphill of the blue.

The first niggle that I had was that as I came to a junction, there were no signs as to which way the blue route went. There was a downhill fire road to the left, and two uphill paths – a fire road and something a little rockier – to the right. I took the rockier one, thinking it would be more interesting. It wasn’t really, it wasn’t particularly interesting – just a long, steep uphill, leading to more fire road. 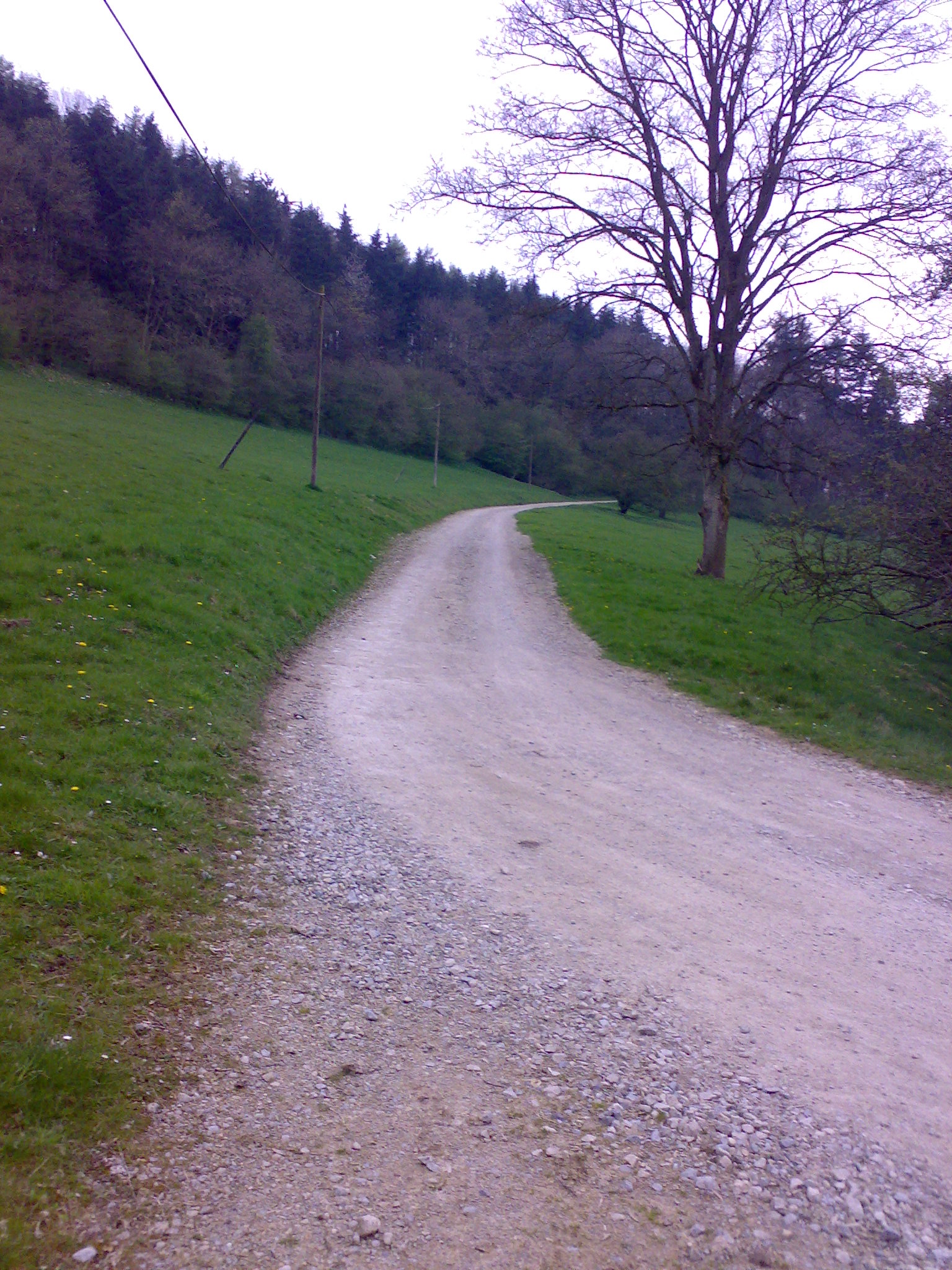 I stuck at it, eventually picking up some blue arrows at various points. Most of the ride was pleasant enough, but fire roadsmeh. The long, straight uphill sections were a pain in the arse (well, the knees), and so dull. But there were some very bizarre sections, where I’d find a blue arrow pointing down a very steep hill – far steeper than anything I’ve tried at Cannock Chase, even on Follow the Dog. Fortunately, they were fairly suitable for noobs – there were no roots or rocks to contend with, it was just a matter of getting the weight back and steering! 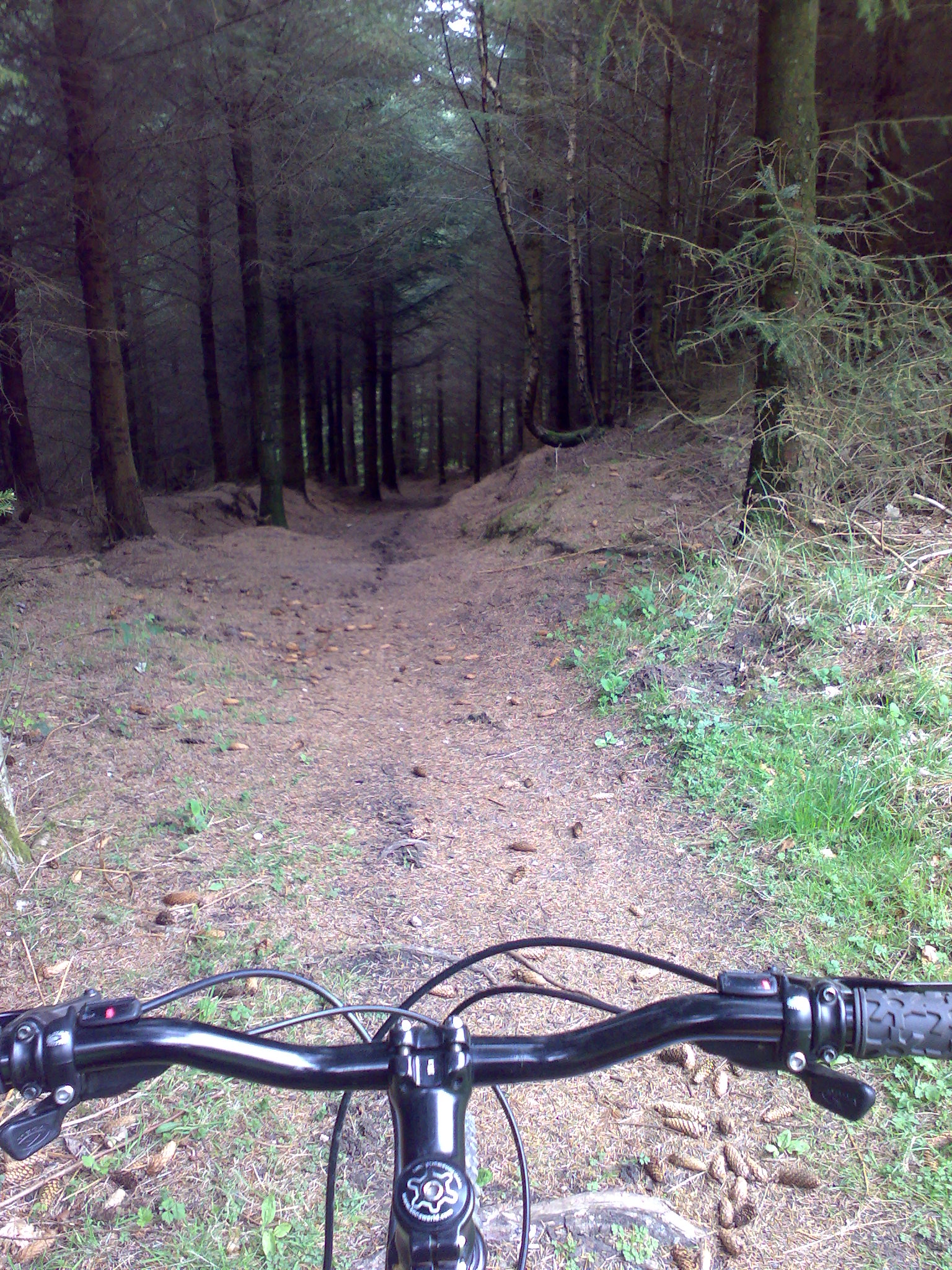 These were by far the most fun parts of the ridebut sadly there was only two of them, lasting 3 minutes in total, tops. 🙁

I’m still not sure if I actually did the blue route – the markers I were following were a white circle with a squat blue arrow on, but at one point I came to a sign next to one of the markers saying ‘If you are following the blue route, you have taken a wrong turn’! Makes me wonder if the signs I followed were just generic bridleway markers. At one point I followed them up a steep hillthen up another steep hillthen up a steep uphill roadand then there was a t-junction with no signs at all. On the plus side, doing the 20 minutes uphill journey in reverse in less than 5 minutes was fun!

I should probably learn to read a map, or something.

I never actually went on the red, as I was worried about getting lost, and also about the capability of the bike I had hired, again from Purple Mountain. It was an upgrade from last year (this one was a Kona Blast Deluxe), but the fork was still very, very stiff. The perils of riding a standard ‘man’s’ bike with a cheap not-really-very-adjustable fork, I suppose. It’s a shame, because otherwise the bike was a good fit. 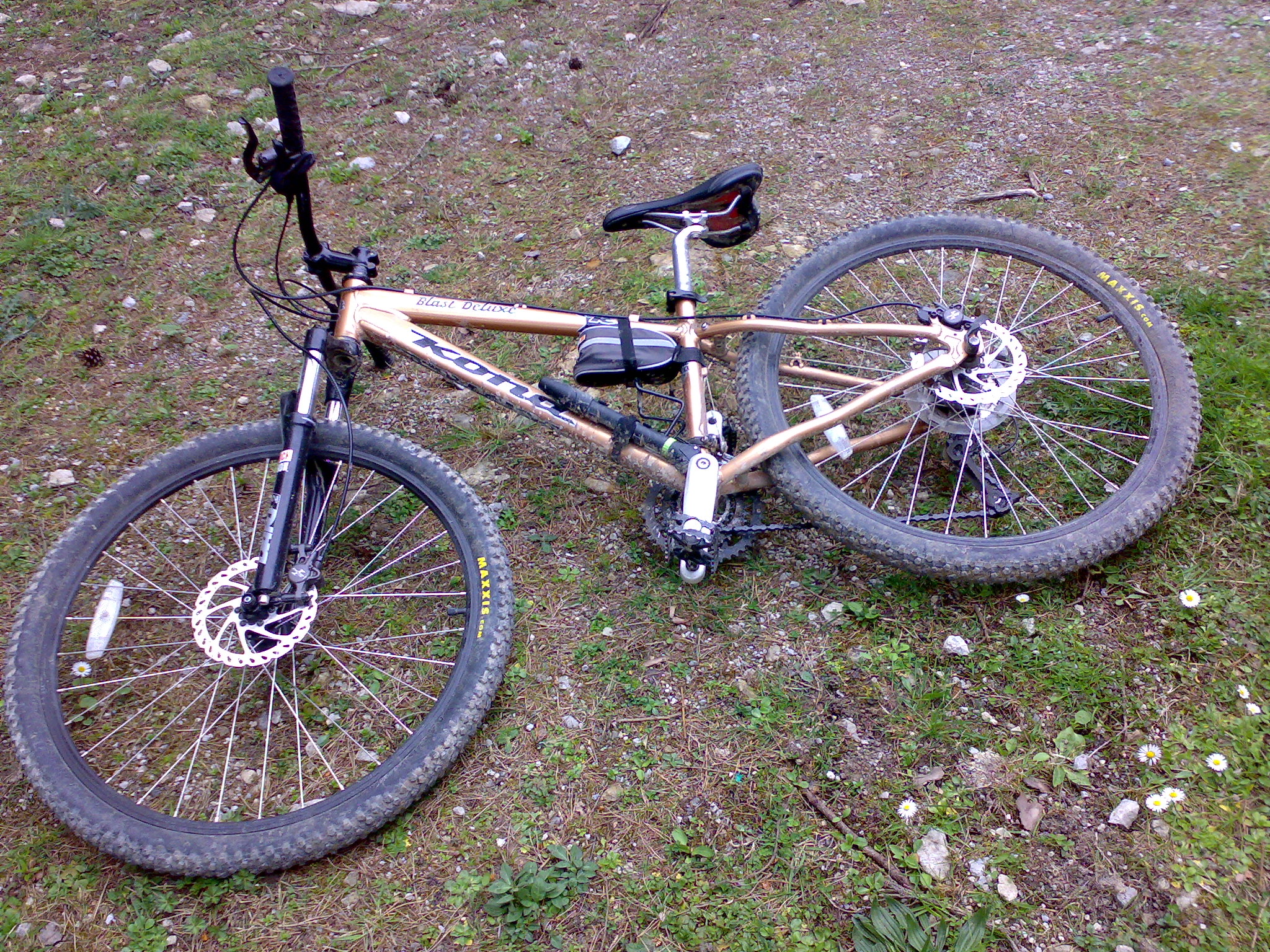 I did ask about hiring a full suspension (a Kona King Kikapu), but alas, the smallest they did was a 16″, which was a bit too long for me. 🙁 I think it was a good job I didn’t attempt the Dalby red though, as Mr Toast said that parts of it were very tough – even on the Grasshopper! Given that I still pootle around Follow the Dog at a rather sedate pace, I should probably get my skills (and fitness) up before I try Dalby.

Highlights: Some awesome views and the sense of exploring, some exciting steep downhill bits of trail

Bad bits: Dreary, dreary fire roads, and a general lack of signage for the Blue route. Oh, and the café running out of milk.

Good dogs seen: Some charmingly elegant spaniels, and a trio of Cairne terriers (each one a different colour).