In Twelfth Night, Shakespeare wrote, “some are born great, some achieve greatness, and some have greatness thrust upon ’em”.  I sometimes think of this when mountain biking, mainly because when it comes to mountain biking, I wasn’t born great, I haven’t achieved greatness and I’m fairly certain that at no point have I had greatness thrust upon me.  Unless you count that time I accidentally got fat air on a tabletop on Glentress blue.

There have been a few occasions where we’ve taken people new to mountain biking out.  Some struggle with it, nervously making their way across the bumpy singletrack and stopping before every feature.  Others fly around as if they’ve been riding all of their lives.

I fell more into the first camp.  It’s taken me a loooong time to get where I am now, and I am geniunely chuffed with my progress.  In 2007 I could barely  ride a bike full stop, and now I’m getting around a red route in about an hour.  Yay me!

Last week I volunteered to show a new rider over Cannock Chase.  She wanted to get into mountain biking, but was worried about not being able to find the route and getting lost.  As it turned out, that was all she needed to be worried about.  Fitness-wise, she pretty much kicked my ass, and despite not having the best of bikes, cheerfully rode all of the Follow the Dog without any issue.  She went straight in over the rock and bridge obstacle at the start, straight over the rocky steps on the exit from two and the Stegosaur, over the boardwalk, and probably would have ridden Werewolf Drop if she’d had a slightly more competent guide.  She was definitely considering it on the second lap.  Yes, she did two laps, and is now looking at getting a new bike.  Job’s a good ‘un! \o/

Sometimes it does make me wonder if I’m just genetically a bit wrong for mountain biking.  I definitely get the fear a lot, sometimes even on stuff I’ve ridden plenty of times before.  I spent the hour before my first night lap at Sleepless in the Saddle sobbing uncontrollably.  I didn’t ride the Monkey trail at all last year.  But I do enjoy mountain biking despite being a bit naff at it, and I’d rather be a bit more fearful and cautious than pushing myself beyond my capabilities and ended up injured and unable to ride.  And it’s nice helping people get into mountain biking… even if they manage in one ride what it’s taken you nearly five years to achieve.  Derp.

The following day it was Mr Toast’s turn to ride, so I took t’boy for a walk.  On the way we visited the trail builders, who are working feverishly on the end of Follow the Dog.  Dave of Clan Pearson was helping get the rockery down on the rollers, which will stop them from being eroded and provide a nice comfy landing for anyone who comes off. 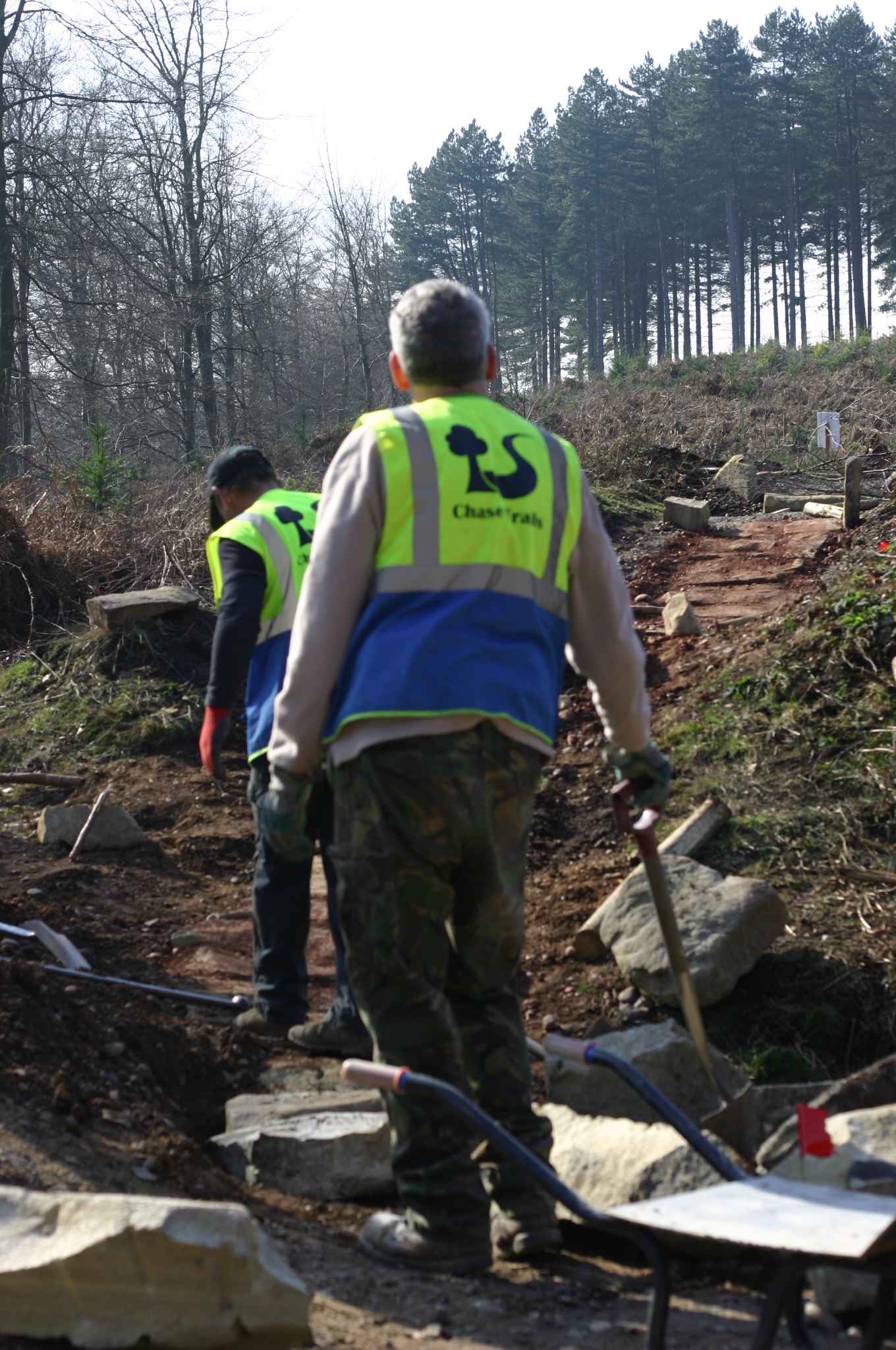 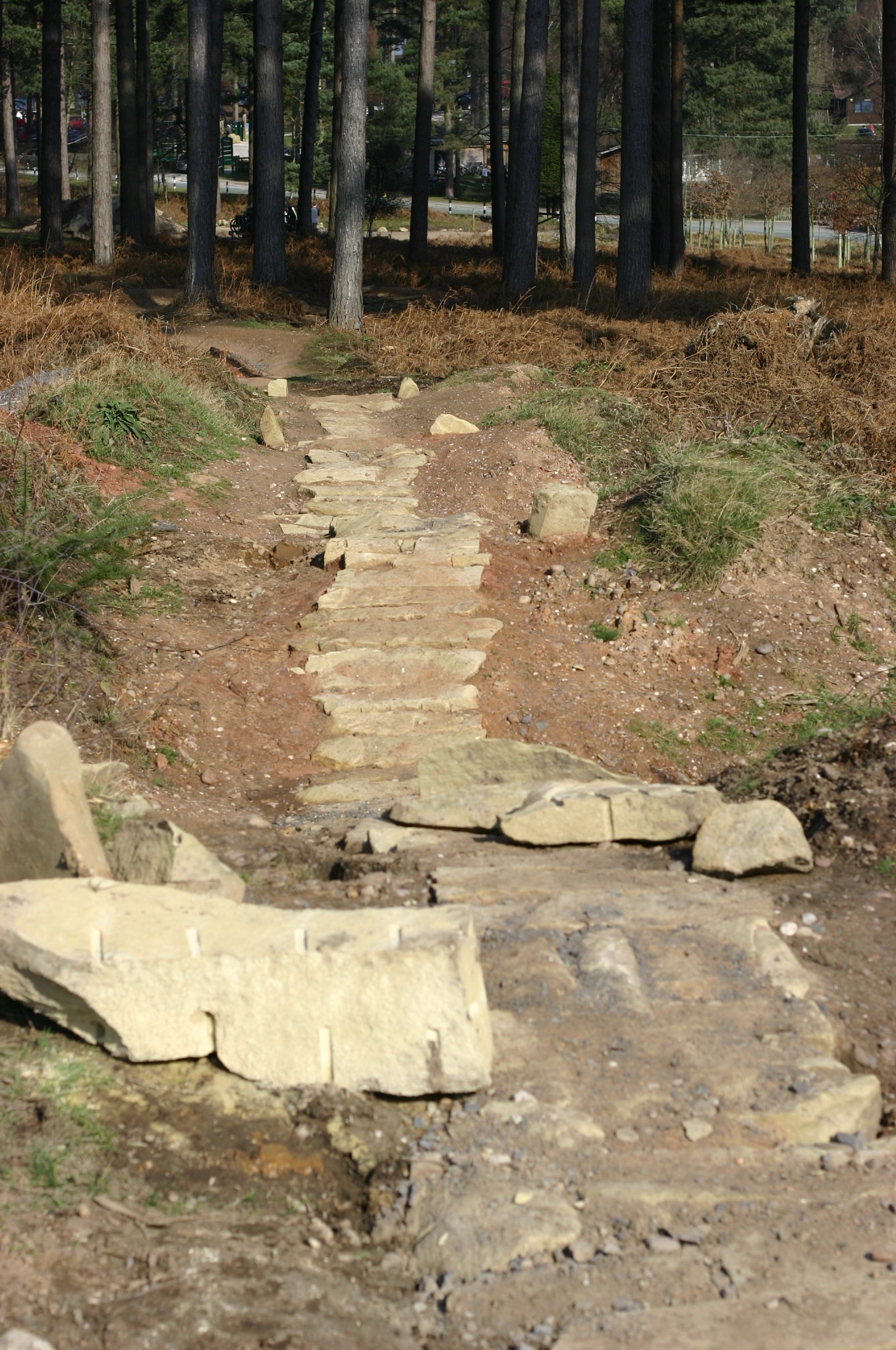 The upper end of the repairs are also looking good, although the two steps are looking terrifying now – althought they’ve not changed in height.  Normally when I look at an obstacle from the other side and on foot, I think, “Oh, that actually looks really easy”.  Not so with the steps.  Hopefully I’ll still have the ovarian fortitude to tackle them when they’re re-opened!