Saw a few of these little fellows whilst on the blue route a couple of weeks back with Toast’s sister – apparently they’re Cinnabar Moth caterpillars.  They feed on ragwort, which makes both moth and caterpillar alike unpleasant to eat (not that I’ve tried…).  Their numbers are declining daaahn saaarf, and they’ve added to the BAP (Biodiversity Action Plan) list as a result.  So even though there’s lots of them over the Chase, do try not to run over them. 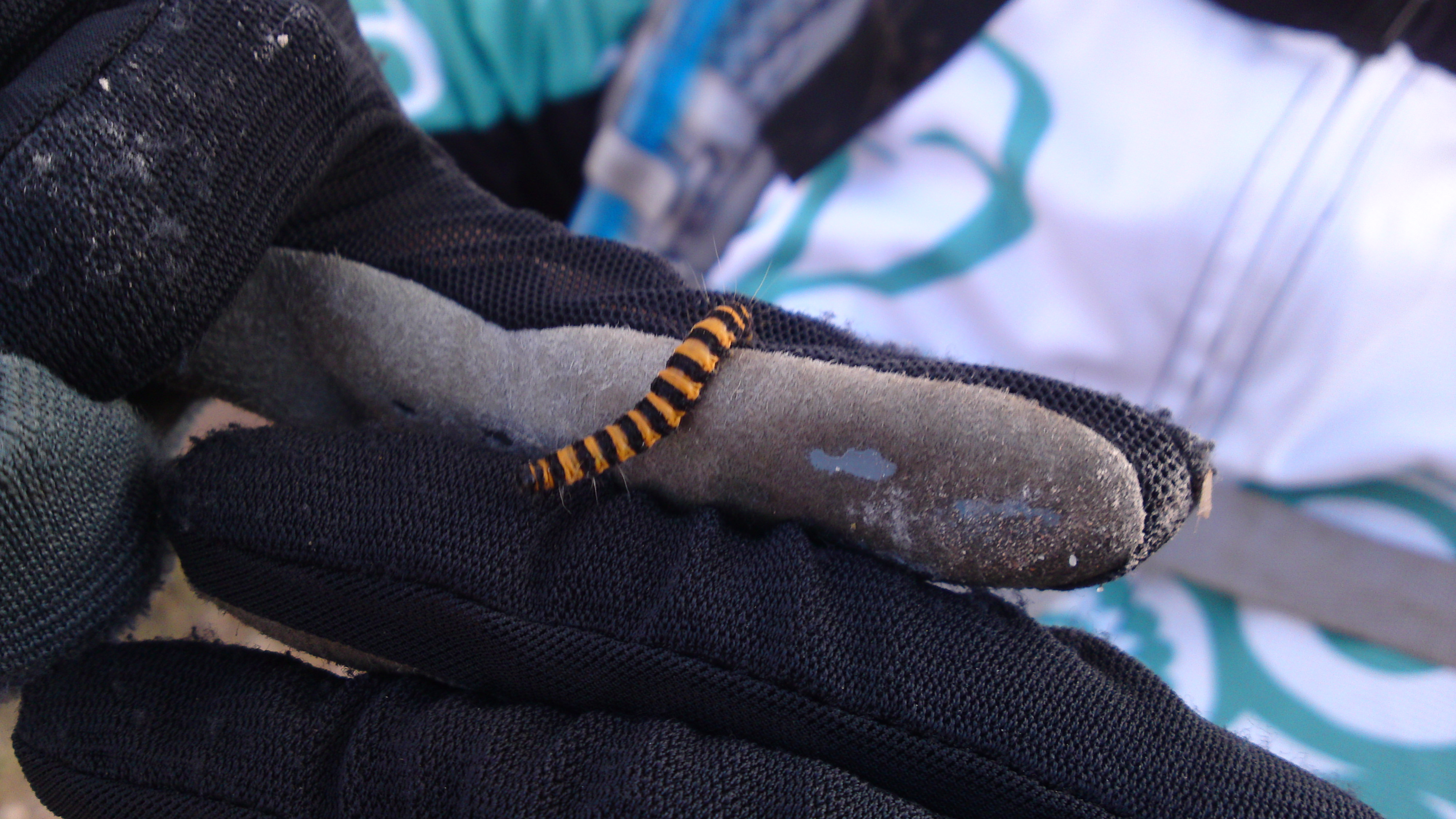 And this was where I was attacked by a very small bear. 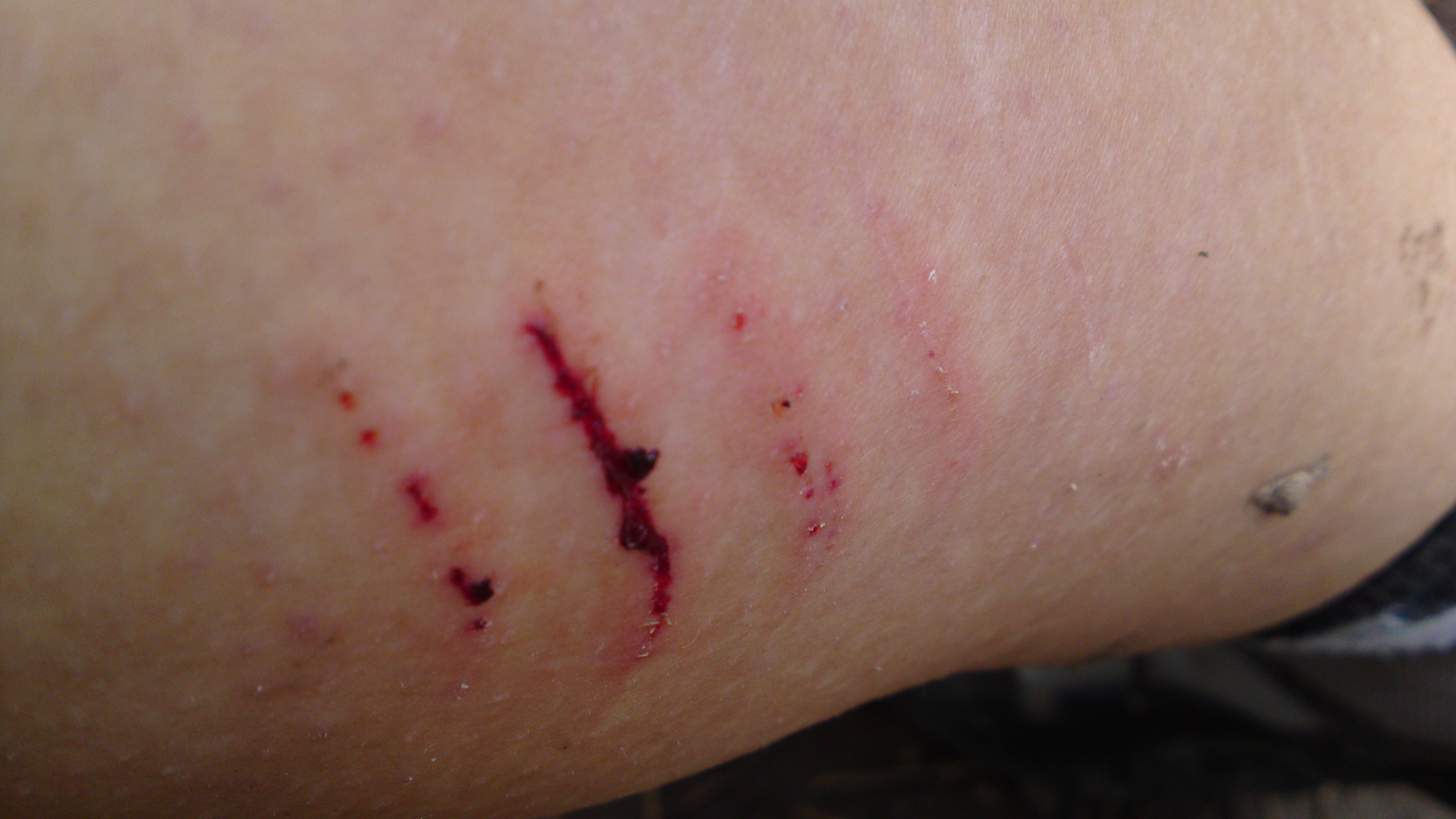