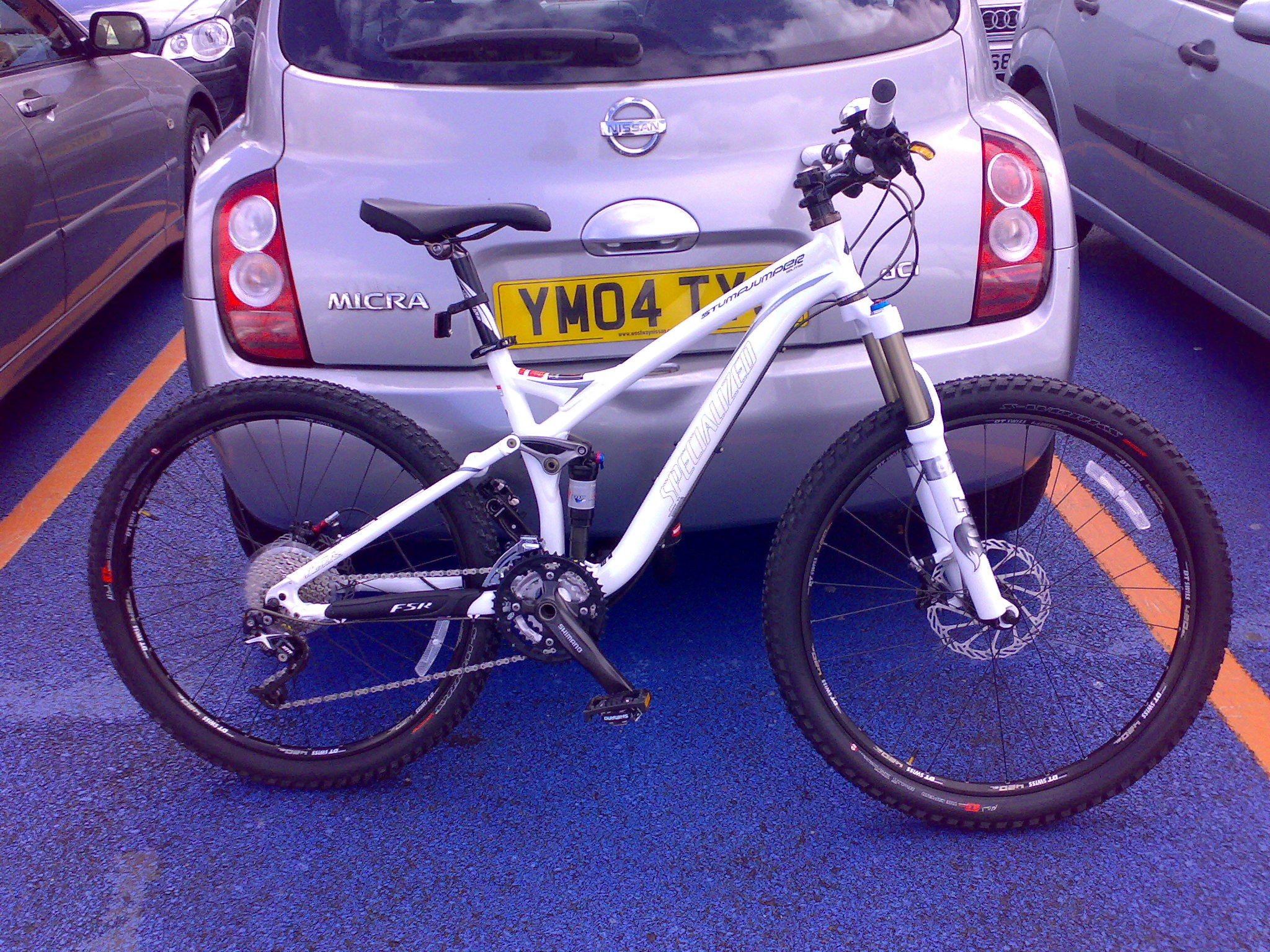 Got to the Specialized Concept Store, and got fitted up.  There was a brief twang of panic when the BG Fit chappy expressed concern about the reach…but then he pointed out that I was sitting on the very back of the saddle, instead of sitting on it properly!  I guess this is because I’m so used to my arse hanging off the back of the Trek to increase the reach, it’s just become second nature to me.

Speaking of arse, I got mine measured to see what size saddle should go on, and I needed the 155mm, the widest one.   Saw that coming from a mile off – just like my arse!  HAW HAW!  Fortunately the Specialized Concept Store are very good at setting up the bike – changing from the blokes’ saddle to the women’s equivalent is free of charge, as would have any stem changes have been.  However, it was pretty much good from the go, in terms of geometry.

The suspension was set up (although the front fork required further tweaking when we got home, it was a bit soft), and it was pretty much ready to go.

I took it for a pootle around the car park, and had a sneaking suspicion that the Professor and I were going to become great friends.  Sure, he had a couple of things going against him – dual platform pedals (why, God?  Why?), plus it had been left in the very highest gear, which lead to some…comedy setting-off attempts before I twigged.  But once we got moving… it felt right.

We got the Professor home, and Mr Toast gave him the once over, checking that everything was fine.  He’s a perfectionist at the best of times, and has been pretty distrustful of bike shop mechanics ever since the cranks on his (then brand new) Avalanche nearly fell off.  And then we were off!  Local pootle ahoy!

We did quite a long ride, and numerous things became apparent.

1) I should have gotten a longer bike waaaay sooner.  It made me so much more stable, and therefore more confident.  I could take corners tighter and more comfortably…and I could indicate on the roads.  With either hand!  Without going wobbly!  No more Zoolander  “I’m not an ambi-turner” issues on the road.

3) Despite his awesomeness, there is one issue. 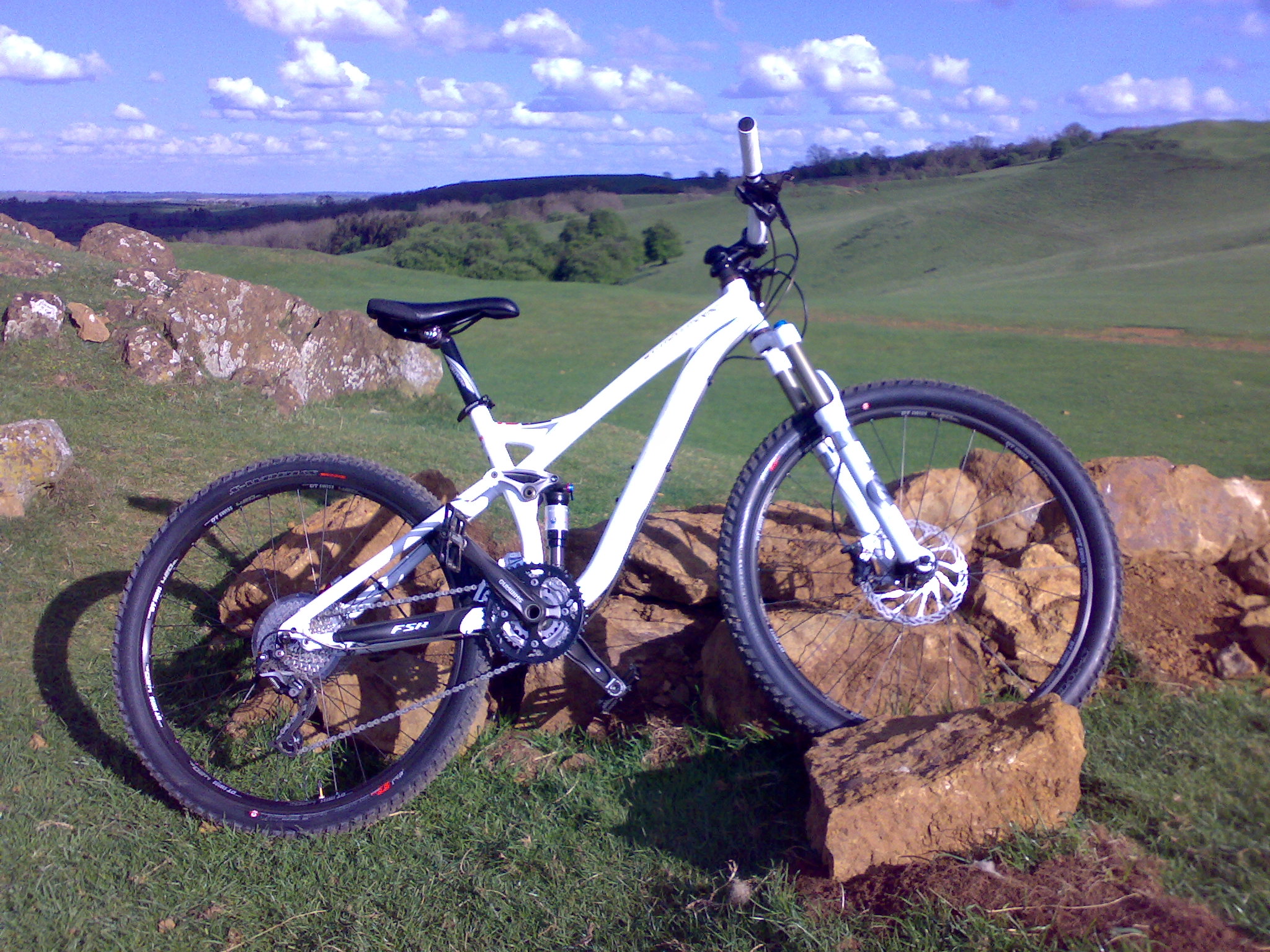 I’m looking forward to taking him to the woods tomorrow.  I’m sure I’ll have a few ‘moments’ as I’m getting used to a new bike, but I think that we have a good future together.

In other news, I’m sad to report that my iPod Shuffle is in critical condition after a trip through the washing machine.  It’s getting progressively closer to being functional – we leave it in the airing cupboard, try it out, and it gets a little closer to being properly detected by iTunes.  Hopefully it’ll pull through, but things aren’t looking hopeful. 🙁